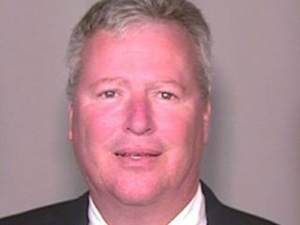 Just one day after the 2014 elections, Orlando Mayor Buddy Dyer was already hinting to a potential bid for Governor in 2018. Dyer’s ambition and ego stretch far past the 2016 elections and this could be another reason why the “Democrat” Dyer remained silent and completely out of the Governor’s race where Charlie Crist came up just short.

Last week, Dyer told the Tampa Tribune he was already being urged to consider a 2018 bid. Dyer flirted publicly with a run for Governor in 2014, but the powers of Charlie Crist, John Morgan and others kept the race clear. Dyer also stated he and other Mayors would not even need to resign from office to run for Governor, should they survive 2016 re-election campaigns, of course.

“I would agree that in the next election cycle one of the Democratic big-city mayors would be a very viable candidate,” said Orlando Mayor Buddy Dyer, who said he had 10 phone calls Wednesday morning from supporters urging him to consider running in 2018.

Tampa Mayor Bob Buckhorn dropped his own hints about a run in 2018, possibly setting up a Buddy vs. Buckhorn Democratic Party primary. For Democrats who had a problem stomaching Charlie Crist, it’s hard to imagine how voters would accept Buddy Dyer. A quick recap of Dyer’s recent controversial policies and fiscal mismanagement is very telling.

First, Dyer is responsible for an astronomical amount of debt in Orlando, including more than $115 million in loans with variable rate interest. This year, the City of Orlando faced a $52 million budget gap, forcing tax hikes, service cuts and across-the-board budget cuts. The year before, Dyer faced a $12 million deficit.

Dyer cut $11 million from police and fire budgets, among other cuts. Orlando was named “Most Crime Ridden” city in America. On top of all this financial mess, Dyer was then exposed for another $106 million in debt for his pet projects. In the coming years, Dyer’s loan debt comes due, which will have another big impact on the city’s budget and spending. All of this out-of-control spending has resulted in Orlando consistently ranking as the lowest paying metro area in America. Poverty is nearing 20% in Orlando under Dyer.

Because of the fiscal crisis Dyer has caused, the Mayor is also cutting hours for employees to avoid Obamacare requirements to provide healthcare coverage. What does it say to have one of Central Florida’s high-profile “Democratic” elected official using such tactics to avoid the Affordable Care Act and benefits these workers and their families need? How will Democratic voters react?

Dyer also fought with city public employees and SEIU union workers over contract negotiations involving employee wages and benefits. City workers spoke out and questioned Mayor Dyer “where is bargaining in good faith?” Oh, and don’t forget Dyer then tried to give himself a 21% pay increase — before he awarded himself a smaller, but still hefty pay raise after more public outcry. Making matters worse, Dyer was exposed by WFTV for his cronyism hiring of an unqualified staffer and there are questions of nepotism around the hiring of Dyer’s son.

Dyer faced legal defeats and public outcry for ordering police to arrest people feeding the homeless, to arrest people for peacefully protesting and to arrest sidewalk chalkers. There’s even video of Orlando Police arresting people feeding a child at Lake Eola. Dyer also funnels millions of dollars of public funds to a charter school which received an “F” in the 2013-2014 School Accountability Reports from the Florida Department of Education.

Dyer’s close connection to special interests and the Chamber of Commerce prove he is more of a Chambercat than a Democrat. The list could go on and on.

If Democratic voters examine beyond the façade Dyer puts up, they will see he is “not their buddy” and not the right direction for the Democratic Party.