You are here: Home › About Mike 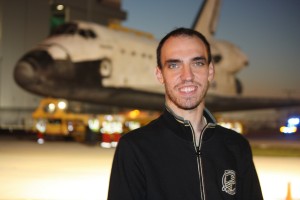 Mike Cantone is an advocate and leader whose passion for politics stems from a yearning to create a better community. When it comes to his principles, Mike is unyielding. Among others, he values ambition, courage, acceptance, duty, balance, excellence, justice, mercy, selflessness and generosity. Mike wants to empower and inspire his community and those around him.

Mike came to Orlando as the Florida Political and Targeting Director for a national organization that provided on-the-ground data management, targeting and coalition-building advice and services to a variety of clients, including advocacy groups, charities and progressive political organizations and campaigns. It was here that he gained valuable insight and personal connections to the needs of community organizations made up of concerned citizens and workers.

Mike’s interest in a politics and writing began as a middle school student with the opportunity to address the Richmond City Council, including then acting-mayor and current US Senator Tim Kaine, regarding housing and urban redevelopment issues. During this time Mike also discovered his passion for public speaking by participating in Forensics, writing and delivering his first award-winning speech for the Henrico County Public Schools Original Oratory competition, speaking about immigration. He would later compete in the state finals with an original speech on gun violence and gun control.

In high school, he was chosen as a leader for the T. Justin Moore, Jr. Summer Institute on Leadership and Community Service where he organized and ran a community fair on housing needs and neighborhood revitalization in one of the largest public housing unit between Washington DC and Atlanta while also interning at the U.S. Department of Housing and Urban Development. For Mike it was an empowering moment to see how his vision had materialized from start to finish. He also worked as editor of his high school’s award-winning newspaper all four years.

Mike left his hometown in Virginia after graduating high school to further his education at Saint Louis University, where he earned degrees in Political Science and International Studies. While there, he also earned minors in Theology and French and a certificate in Urban Social Analysis. Through his education at Saint Louis University, Mike had the privilege of learning through the Jesuit tradition, whose values and mission have been instilled in him. He was also a part of the Micah House, a faith-based program that brings together students in a wide variety of majors to seek long-term solutions to the problems of the urban poor. These formative years made service, community, and leadership a way of life for him.

During college, Mike gained valuable professional and life experiences while working for a year in Washington DC, serving both at Presidential Classroom and on Capitol Hill. Mike served as an intern in the office of then-Senator Hillary Clinton primarily working on Armed Services issues ranging from Veteran Affairs to the war in Iraq.

Next, Mike spent a semester abroad at Vesalius College in Brussels in 2004 where he studied world politics, history, and the arts in the heart and capital of the European Union. This experience gave him the opportunity to meet a diverse group of friends from around the world while touring historical and cultural landmarks and gaining an experience of a lifetime.

Back in St. Louis, Mike served on the “Take Back America” campaign while finishing his degrees. After college, Mike worked for the Missouri Progressive Vote Coalition where he developed and executed a winning campaign in Saint Louis County.

Soon after, Mike became the Southeast National Field Organizer and lobbyist with the United States Public Interest Research Group. Through this role he was able to lobby congressional leaders and governors on important consumer and environmental issues.

Afterward, he became campaign manager for the top-targeted state senate race in Georgia. Though unsuccessful in a gerrymandered district, Mike was tapped as State Field Director for the Democratic Party of Georgia after the same candidate ran successfully for state party chairwoman. He eventually left the state party to launch Take Back Georgia, an organization dedicated to holding elected officials accountable, and later served as a senior advisor and demographer on a U.S. senate race before making Orlando, Florida home.

A few years ago, Mike ran for Mayor of Orlando after listening to the hurting families and discouraged youth in Orlando, developing strong feelings about what to do. Mike ran for mayor to empower and inspire his community and those around him, in addition to raising serious local issues being ignored by elected officials. Mike is proud that a majority of the issues he raised in the campaign have become prominent local and political issues in the years since. He continues the work he started in his campaign to this day. Mike is also regularly featured in Orlando print, radio and TV media where he provides commentary and analysis on key issues.

Mike loves to support his community any way he can, including having some fun at local Orlando Predators games in addition to attending Orlando Magic games. On the rare occasion that he has a day off, Mike likes to ride the roller coasters at Universal Orlando, visit nearby beaches, and spend time out with his dog Rocky.

Mike was born in Mt. Vernon, New York and grew up in Henrico County, Virginia, surrounding the City of Richmond, with his parents Connie and Philip – both public educators – and brothers Nick, Danny and Andrew. As one would imagine, Disney, Universal Orlando and Florida were regular Cantone family vacations.

Mike has a long history working with community-based organizations committed to increasing civic participation in under-served and disenfranchised communities through education and communication. This gave him the opportunity to hear the voice of local residents and the concerns facing families while working on solutions at the community, state and federal level. Mike still consults independently and he also currently serves as Managing Editor of the West Orlando News.

Each step in Mike’s experience has taught him important core values that mold his outlook on our community, our needs and our future.