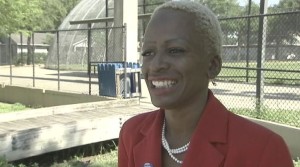 An Orlando City Commissioner has filed a notice of bankruptcy for the second time in five months to stall the impending foreclosure of the only home she owns. Commissioner Regina Hill used the same stall tactic last August to stop the foreclosure sale of her house, but a judge threw out Hill’s Chapter 13 filing in September for deficiencies as the City Commissioner never filed any of the required information and plans.

Hill then filed her second notice of bankruptcy on January 14th, the day before a public auction was to be held on her troubled home at 1790 Baywood Avenue, which is outside of the city limits of Orlando. Filing a Chapter 13 bankruptcy will temporarily stay any foreclosure proceedings. But will she actually file the required information and paperwork this time?

It’s hard to imagine Commissioner Hill is bankrupt but still able to rent a second property within the city limits of Orlando. Hill claims she currently rents a second property inside the city limits to meet the city’s residency requirement to run for office and serve in the City of Orlando. If the troubled Baywood Avenue house is Hill’s primary residence, she would be out of her job as an Orlando City Commissioner.

It’s very possible Regina Hill is unwilling to file the required paperwork as it may directly conflict with information Hill filed to qualify for office in the City of Orlando. Foreclosure laws grant property owners more protection when the property is defined as a primary residence, but Hill is not able to claim it is her primary residence as it would mean she does not reside in the City of Orlando and therefore she would be unable to serve as an Orlando City Commissioner. Her filings could also lead to questions that Hill may have falsified her forms during candidate qualification. There have been questions surrounding Regina Hill since her original run for office about her residency.

Whether or not your home is your primary residence is significant during a foreclosure because the federal law exempting borrowers from paying income tax on forgiven mortgage debt only applies to a borrower’s primary residence. The IRS defines a primary residence as one’s “main home” and states, “Your main home is the home where you ordinarily live most of the time. You can have only one main home at one time.”

Therefore, this seems like nothing more than another stall tactic to keep the only home she actually owns, which is outside of the City of Orlando. In a previous ruling, the court declared the plaintiff in the current case against Hill is owed $134,141.71 on the principal and nearly $15,000 in interest between July 2012 and April 2015. Adding up additional taxes and fees, the city commissioner owes the whopping total of $164,081.57. The Orange County Property Appraiser shows Hill purchased the home back in 1997 at a sale price of $67,500 as part of a Housing and Urban Development program.

“The sooner the bank takes the property back, the sooner you can move on and not have any further worries about a house you no longer want to keep,” Lewis Roberts, PA wrote about the Florida foreclosure process and bankruptcy.

It seems Commissioner Hill wants to keep this house and just can’t bring herself to let go of the troubled Orange County property.