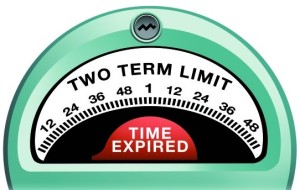 Could a public referendum effort be hitting the streets of Orlando any day now? City officials have confirmed a group has picked up necessary paperwork to launch a citizen petition initiative in Orlando. The goal: instituting term limits in the City of Orlando.

If it materializes, the planned initiative ordinance campaign will not be easy. According to Orlando’s city code, “any proposed ordinance may be submitted to the Council by a petition signed by fifteen percent of the total number of qualified registered voters of the City of Orlando.” Orange County Supervisor of Elections Bill Cowles reported 152,505 registered voters at book closing for the November 2015 Orlando elections, meaning the group will need to collect around 22,876 signatures from city residents. However, state law preempts the city charter and only requires signatures from 10% of the electorate, meaning the Eight is Enough campaign will still need more than 15,000 total valid signatures from city residents.

The number of signatures required in the city charter is more than the total number of voters in the last Orlando municipal election, where only 22,352 people voted or 14.66% of the city’s electorate. Talk about a tall order. If enough signatures are collected to put Orlando term limits on the ballot, then one may start to wonder why all those people did not just vote out the incumbents and implement their own term limits on elected officials in the last Orlando election. Organizers of the effort are likely planning to strategically use the Presidential Preference Primaries on March 15th to collect signatures, as voter turnout will be much higher than turnout in the local city elections.

There’s definitely a case to be made about term limits in the City of Orlando and the ballot initiative would create a new local hot button issue in this major election year. Mayor Buddy Dyer is currently serving his fourth full term, after first being elected in a 2003 special election. Commissioner Patty Sheehan is now serving her fifth term, first being elected in 2000. Commissioners Robert Stuart and Sam Ings both joined the Council a decade ago in 2006. Commissioner Tony Ortiz followed them in 2008 and just started his third four-year term. The two newest City Commissioners, Jim Gray and Regina Hill, were elected to open seats where the incumbents did not run for re-election.

Combining the influence of money and fundraising with the incumbents as well as the lack of civic participation and low voter engagement, it’s possible a petition initiative like term limits could connect with a dissatisfied and seemingly paralyzed local electorate.

After collecting and submitting the thousands of valid signatures, the matter must be addressed by the City Council, where Commissioners will decide to pass the ordinance within two weeks or call a special election to be held within 90 days. As there is no chance the City Council would approve a term limits measure targeted at many of themselves and Mayor Dyer, the adoption or rejection of the ordinance would be up to the voters of Orlando. Initiative ordinances are covered in Chapter 2, Section 14 of the Orlando charter.