You are here: Home › City of Orlando › Why Not Orlando?

It really makes no sense why Mayor Buddy Dyer and the City of Orlando continue to push for the demolition of historic Tinker Field. It’s time for our city leaders to stand for the “most historic of all the Orlando Venues” and follow the lead of other cities across America who are investing in preservation and renovation of local baseball fields while launching Urban Youth programs and other community efforts.

Mayor Dyer is trying to make the City ignore the original Historic Preservation Board recommendation to save and preserve historic Tinker Field and the grandstands. At the August 11th City Council Workshop, Mayor Dyer even tried to claim it would be too expensive to preserve Tinker Field. Dyer stated on the record that it would cost $10 million just to upgrade the historic grandstands. Now, Dyer’s efforts shouldn’t be a surprise, as public records confirm Mayor Dyer’s administration is responsible for the deterioration of the historic site. But Dyer’s numbers don’t add up when you compare them to what other major U.S. cities are investing in their local fields. 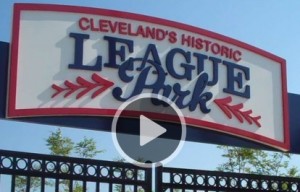 On August 22nd, Cleveland announced a $6.3 million restoration project for historic League Park. The description of League Park from Major League Baseball sounds very similar to how one could describe Tinker Field, saying: “it had stood as a ramshackle reminder of another time. There were broken windows and rotting brickwork lining its exterior, squatters sleeping in its former ticket booth, weeds springing out from the once-lush field of green where luminaries like Cy Young, Babe Ruth and Bob Feller once roamed.”

League Park has odd dimensions, like Tinker Field now that the Citrus Bowl renovations are taking over part of the outfield. However, the plan is for it to hold Little League, high school, college and recreational games, as well as potential MLB fantasy camps and community gatherings. The same could easily be replicated for Tinker Field.

But just to further illustrate how off Mayor Dyer’s estimates must be, League Park’s $6.3 million restoration includes refurbishing a three-story ticket booth and locker room building into a museum to the city’s baseball history, a brick grandstand with new artwork, brand-new bathrooms, concessions and shopping space, as well as a memorial. 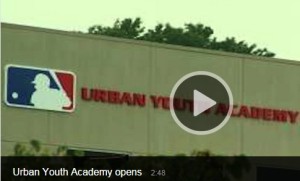 Cincinnati also made a major announcement on August 22nd about a new $7 million Urban Youth Academy, a four-field facility that will allow local children the opportunity to play baseball and softball free of cost. From MLB:

“The Cincinnati academy has four fields, and one includes a small stadium field complete with a press box. But it’s the little things that set this one apart. Everywhere you look, there’s a reference to some of the great Cincinnati teams and players, giving the local kids a sense of their shared history.”

The Cincinnati project also includes classroom space and a technology center for children to receive free tutoring while they wait to play. Another example of how an investment like this can benefit local community beyond sports.

Here in Orlando there’s sure to be partnerships as well. In fact, former Major League Baseball Manager Davey Johnson even told the City to “save Tinker Field.” Davey Johnson has hopes to rebuild the historic field in downtown Orlando as well as develop a Major League Baseball urban youth program. There were hopes for the Orlando Monarchs, who played at Tinker Field before the Citrus Bowl construction forced them to cancel their season, to partner with MLB and develop such a youth program. Mark Popkin, former General Manger of the Monarchs, told the Orange County Commission that baseball still has a future at Tinker Field even with the Citrus Bowl renovations. So what is Mayor Dyer’s problem with historic Tinker Field?

If other cities understand the importance of local history as well as the possible return on investment in preserving historic urban fields and expanding youth programs, why not Orlando?

One Response to "Why Not Orlando?"