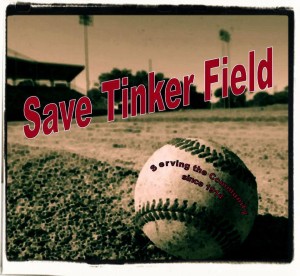 Tinker Field, the most historic of all the Orlando Venues, survived another attempt by Mayor Buddy Dyer and the Community Venues to destroy and redevelop the site. Mayor Dyer soon saw the writing on the wall. Dyer knew he was losing and would not have the votes when he was forced to pull the item from the agenda and move on.

The major rejection of Mayor Dyer’s plans is another setback against his agenda. Commissioners railed against the proposal to build a memorial for Tinker Field as an astroturf monstrosity. It was a heated meeting mixed with some drama between Commissioners and the Mayor.

Commissioner Patty Sheehan and Commissioner Sam Ings were very forceful throughout the morning workshop. Sheehan blasted the process by the Mayor and Community Venues, which isn’t the first time she has raised concerns about the “tyrannical” process.  Sheehan repeated she was “deeply distressed” about the morning presentation and called it “ridiculous.” Sheehan was combative about the interpretation of the Municipal Planning Board minutes, and she was concerned there was no member of the Historic Preservation Board included in the presentation. Sheehan called the proposed memorial a “weird baseball astroturf thing in the corner.”

“It’s a process I feel has been very much influenced inappropriately,” she said.

Commissioner Ings declared “malfeasance” on behalf of the City and Venues department, saying “for the past 15 years we have done nothing to improve Tinker Field.” Public records confirm Mayor Dyer’s administration is responsible for the deterioration of the historic site, validating Ings’ malfeasance claims. Ings went on saying the City is “totally neglecting our history” under the Venues’ proposal.

“What’s been presented to us by the City and the Venues department clearly states ‘we don’t care what the people say. We don’t care what the people have to say,'” Commissioner Ings said. “We’re only kidding ourselves, and obviously the Venues department has put up this dog and pony show to show we need to tear down the stadium and the grandstands. And I think it’s wrong.”

Commissioner Ings also questioned the City, “what is the problem in investing $10 million in the black community?” to applause from the chambers. Ings like Sheehan championed the Historic Preservation Board and forcefully stated their support of Tinker Field on the record.

It became clear that Commissioners Sheehan, Ings and Regina Hill were ready to vote to save Tinker Field. Commissioner Hill also hopes to gather more public input and there are hopes for a town hall meeting in District 5. Commissioner Tony Ortiz remained quiet in the meeting and could be a swing vote.

Commissioner Robert Stuart, who earlier advocated to pave Tinker Field for a VIP parking lot for the Citrus Bowl, asked if the Venues will destroy Tinker Field or the grandstands if no decision was made by the City Council. Mayor Dyer responded that no action will be taken on Tinker Field until a City Council vote. See Dyer’s statement here. Commissioner Stuart stated he preferred to defer any action until a later time. And that’s just what the Mayor and Council decided to do after the drama.

So now, the decision on the demolition of Tinker Field and the grandstands is delayed once again.