You are here: Home › City of Orlando › Baseball Still Has Future at Tinker Field 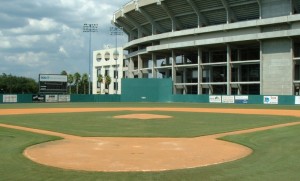 Orange County Mayor Teresa Jacobs and Commissioners heard public testimony on Tuesday urging them to take action to save Tinker Field from demolition. One public comment to the County Commission was very telling, contradicting a major claim being made by Orlando Mayor Buddy Dyer about the future of baseball being able to be played at historic Tinker Field.

Mark Popkin is the General Manager of the Orlando Monarchs baseball team, which played at Tinker Field prior to the current construction. He told Mayor Jacobs and County Commissioners that Mayor Dyer and the City of Orlando were wrong in claiming that baseball would not be able to be played there in the future since the Citrus Bowl renovation will take up to 80 feet of the outfield. Popkin explained how that claim is nonsense.

Tinker Field’s outfield wall was at 320 feet, meaning even with the Citrus Bowl intrusion, the outfield wall would stand at around 240 feet. Enough for baseball (and softball).

In fact, Lamade Stadium in Williamsport, Pennsylvania hosts the Little League World Series each year. The distance from home plate to all points of the outfield fence at Lamade Stadium is 225 feet. So while Major League Baseball may not be possible on historic Tinker Field, Dyer’s claims are flat-out wrong.

This means resources can be made available to preserve and restore Tinker Field to a condition that can once again host baseball. It means the field can be (mostly) preserved even if Dyer takes 80 feet of the current outfield.

It means our community can still save historic Tinker Field. 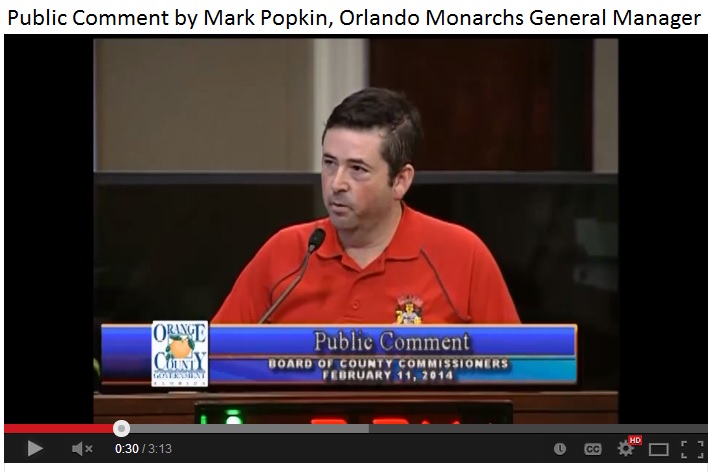