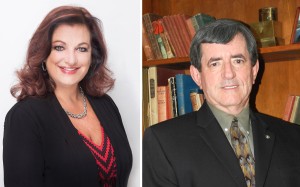 The attitude and arrogance of Buddy Dyer’s administration is evident once again, as the highly paid city attorney Mayanne Downs dismissed well-liked Orange County Commissioner Pete Clarke as a “rogue commissioner” in newly obtained emails. Downs emailed several senior Orlando City Hall officials, including Dyer’s Chief of Staff Frank Billingsley, urging them to ignore Commissioner Clarke’s attempts to start a discussion on how to save historic Tinker Field last year. Dyer eventually demolished and destroyed the historic site without working with Orange County leaders to save it, and now uses Tinker Field as a parking lot for Citrus Bowl events as well as a liquor bar instead of as a historic landmark.

“Let’s don’t let a rogue commissioner (who isn’t even ours) rush us into a premature discussion and recommendation,” Downs emailed.

At the time, County Commissioner Clarke was leading the way to represent the interests of many throughout the community who wanted to preserve the 100 years of history associated with Tinker Field. “I just really wanted things to slow down and have a true dialogue,” Commissioner Clarke said in an exclusive interview. “Sadly, I don’t think a real dialogue ever did happen.”

Dyer’s personal friend and top city attorney Mayanne Downs, who also continues to work at the GrayRobinson law firm, is likely a big reason why it never happened. Downs’ blatant disrespect and dismissal of another elected official is another example of what’s wrong in Orlando City Hall.

“I would never in my wildest dreams write an email like that about a City Commissioner or another elected official,” Commissioner Clarke told me. “There’s no reason to do something like that.”

But that doesn’t mean Commissioner Clarke isn’t wearing it as a badge of honor now that the emails are exposing Downs’ comments.

“At the same time, I look at it as kind of an honor to be called rogue,” he added. “I feel like what I was doing was important and it obviously made them take notice. I’m proud of that.”

But it is clear the Dyer administration never intended to work with Commissioner Clarke or Orange County Mayor Teresa Jacobs to save historic Tinker Field. Clarke’s leadership on the County Commission led Mayor Jacobs to write Buddy Dyer on official business seeking answers regarding the Tinker Field process. Official city records proved that Orlando Venues Director Allen Johnson included false and misleading information in his official response to Orange County on behalf of Dyer. There was also nothing “premature” about Dyer’s plans to demolish the historic site, which were well-documented for months leading up to Commissioner Clarke’s calls for a community solution.

“I just wish the City had told us ahead of time that this was their real plan,” Clarke said. “We never had a solid discussion about Tinker Field and that’s a loss for the community.”

Despite the apparent inflated egos of Dyer’s top staff, officials like Mayanne Downs will not create problems for Clarke, who is seeking re-election to the County Commission this year, from working with City Commissioners. Nor will Downs’ comments get between him working in a professional manner to seek solutions on local issues.

“The city commissioners who I work with that overlap in my district are good people and we have a great working relationship,” Clarke said.

There is also a clear difference between how the Dyer administration runs the City Council and how Mayor Jacobs runs the County Commission. “I’m glad Mayor Jacobs’ administration took action and attempted to start conversation quickly after we raised concerns,” Clarke said. “I think we have very, very good dialogue at the County Commission. At the County Commission we have the chance to speak our mind. It’s a chance to speak our mind on the issues, but also a chance for our constituents to get to know what we’re doing and what we’re thinking. It’s a very important step of the process to me.”

An important step of the process that was always missing from Dyer’s approach at the City Council. Byron Brooks, the city’s Chief Administrative Officer, explained in a previous email to Downs and Billingsley that he informed Orange County staffers that city officials “would not be in position to provide anything to the County until our policy makers act.” He added he believed “we should stay with that position,” in a clear attempt to avoid working with Orange County on developing a recommendation. Downs said she “completely” agreed with Brooks.

Clarke’s leadership on the County Commission has positioned him as a man of the people. His approach to local politics and his constituents is a welcome breath of fresh air.

“At the end of the day, it was definitely worth the effort and I wish we would have prevailed,” Clarke noted. “I would rather have had a field sitting there. I always said I wanted a place, not a plaque. I’ve tried to do the best job I can and I’m enjoying it. There will be a lot more important issues ahead and I’m going to keep working hard on behalf of the community.”