You are here: Home › City of Orlando › Updated Orlando MLS Stadium Design Gets Deferred by City Board 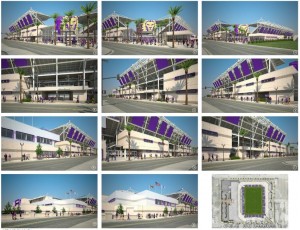 The long-drawn-out and often-changing plan to bring a Major League Soccer stadium to downtown Orlando suffered another setback today as the city Appearance Review Board provided feedback on the latest set of design plans. The MLS stadium remains controversial in the Parramore community and the previous proposal from 2014 faced major opposition from the ARB before ultimately gaining approval by the review board. Now that this project is a private venue and not public, new approval is needed once again. Renderings of the proposed updated stadium are included below.

The most significant changes from the 2014 approval – when the stadium was going to be a public venue – were made to increase seating capacity and provide a canopy over fans. Now that the Orlando City Lions team is financing the stadium privately, the MLS stadium will seat approximately 25,000 fans. It was a major community victory to push Dyer away from publicly funding another stadium venue.

The Appearance Review Board also heard public comments from Lawanna Gelzer before deciding to defer approval of the amendments until a later date.

“ARB Staff is pleased with the continued development of the design and detailing of the exterior stadium elevation and spaces,” the written staff review stated before today’s hearing. But the Appearance Review Board written staff review did express a few concerns as well.

“Not all the changes have benefited the stadium design,” the ARB staff review stated. “ARB conditions in this staff report will require the applicant continue to work with staff on the continued development of a feature that enhances the terminus view of Parramore Avenue.

“Additionally, at the main entrance to the stadium on Church Street the architectural feature on top of the entry gates that mimicked the stadium canopy structure have been omitted from the plan. The feature was shown as a potential add-on in the 2014 approval that was encouraged by ARB members to remain in the final design because it added an air of significance to the entry area. ARB conditions are requiring the applicant to continue to work with ARB Staff to attempt to include the canopy structure feature in the final construction drawings.”

At today’s hearing, Gelzer continued to express the concerns from the community and provided example after example of problems with the stadium project as proposed in Parramore.

The ARB staff review previously prepared several new or amended conditions for the MLS team, but was originally prepared to recommend approval provided the conditions were met. After the push back again today, the ARB deferred their decision. In the latest written conditions, there also did not appear to be concern documenting the fact that a church in the center of the ongoing stadium fight, Faith Deliverance Temple, is located directly adjacent to the planned stadium, even though there was concern before.

The MLS stadium project has been delayed for several reasons. Mayor Buddy Dyer originally wanted to build the soccer stadium as a new public venue and threatened eminent domain over Faith Deliverance Temple, which is located right next door to the stadium site. Dyer had to admit defeat and drop the eminent domain claim just before the church was set to take their fight to court.

One of the biggest problems with the proposed stadium has always been the planned location in Parramore. The City of Orlando was forced to shift the proposed site location to force the stadium project through when the eminent domain threat failed. Mayor Dyer closed Parramore Avenue, the community’s thoroughfare, without even conducting a traffic study in order to fit the stadium in the desired location. The new location also required millions of dollars to be spent to fill a large retention pond. There is also horrible contamination of the land, which has required remediation. On top of all this, Dyer was unable to secure state funding to help pay for the stadium, despite full-blown lobbying efforts including the mayor traveling to Tallahassee on behalf of the MLS team.

Buddy Dyer’s blunders regarding the MLS stadium still pose larger questions in addition to all the delays and changing plans. Since Dyer used eminent domain to seize land needed for the stadium project, there are legal questions about the future use of public land seized by elected officials using eminent domain.

Once again, another setback for the Orlando MLS stadium plans. Here’s the latest new look the Orlando City Lions’ want for the stadium: 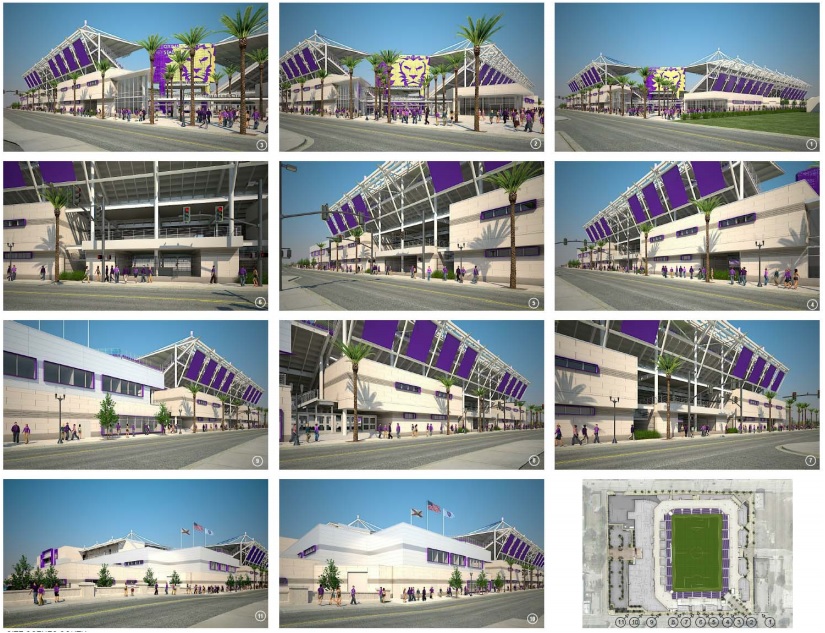 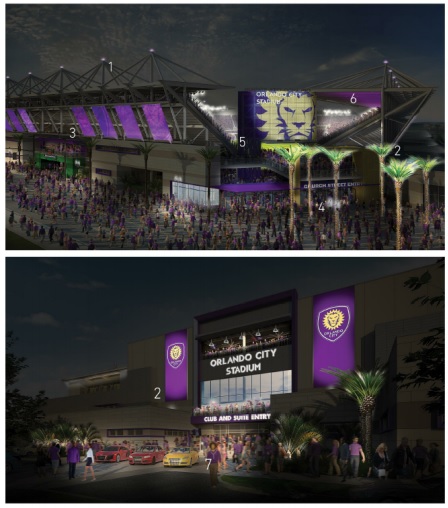 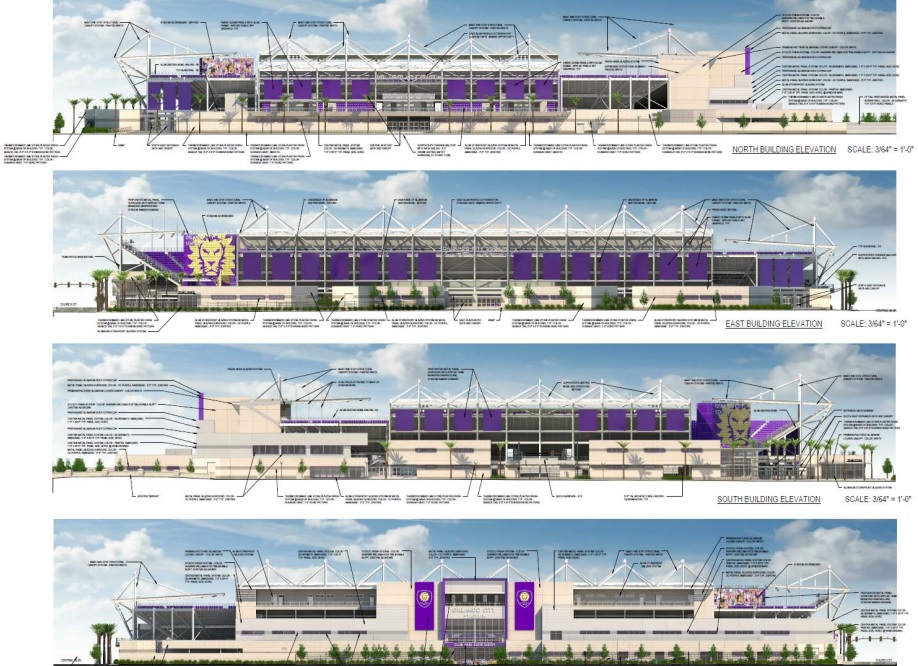