You are here: Home › Transportation › SunRail Ridership Still Low, But Steady in June 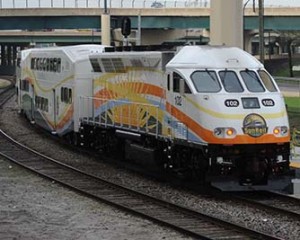 In June, ridership on the region’s commuter train service remained low, but steady. SunRail ridership seems to be leveling out around 3,600 total riders, or around 1,800 people using the train round-trip per day on average.

According to the Florida Department of Transportation, the June conductor’s report shows a daily average of 3,660 total boardings for last month. The ridership numbers just about match May’s average daily ridership, which was 3,636 total boardings.

The latest ridership numbers are also hovering close to April’s daily average of 3,774 boardings per day. Over the course of SunRail’s first year of service, the daily ridership average was almost 3,700.

The numbers show SunRail is riding steady around 3,600-3,700 boardings per day for three months now. But these ridership numbers are still lower than previous markers for the commuter train. SunRail ridership spiked in March of this year, with more than 4,000 total riders per day.

SunRail operates 36 daily trains. In the month of June, SunRail trains ran on time about 94% of the time.

It is clear local officials would like to increase the total number of SunRail riders. SunRail can carry as many passengers as one-lane of I-4 during peak travel times. But SunRail is still struggling to attract riders in the car-dependent region. SunRail’s first year failed to reach the initial year one goal of an average of 4,300 total riders per day and SunRail finished its first year $27 million in the red. 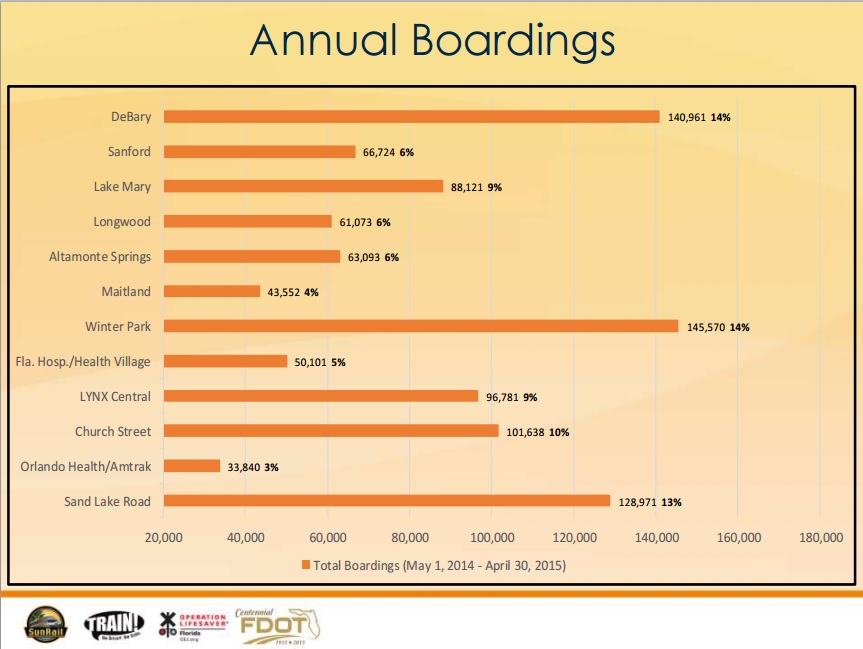