You are here: Home › Transportation › Another Dip in SunRail Ridership 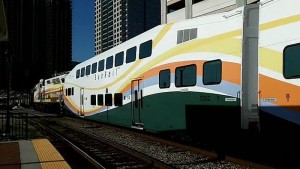 SunRail is still struggling to gain steam as the latest numbers showed a slight dip in ridership for the month of May. According to the May SunRail Conductor’s Report, the average daily ridership last month was only 3,636 boardings, or roughly 1,800 riders taking the train round-trip.

Ridership is still far from where officials want – and need – it to be. The May numbers are even lower than April’s average of 3,774 boardings per day. SunRail’s first year failed to reach the initial year one goal of an average of 4,300 total riders per day and SunRail finished its first year $27 million in the red. Over the course of the first year of service, the daily ridership average was almost 3,700.

Despite the persistent low ridership and high expenses, local officials remain optimistic. Just this week, Osceola County Commissioners approved a $22 million loan to cover their part of the SunRail expansion into their county. Earlier this month, SunRail officials also announced plans to expand to Orlando International Airport by 2020, but possibly sooner.

According to the Florida Department of Transportation, just over 28,000 limited use media/one day tickets were sold in the month of May. The total number of limited use media (or LUMs) sold in May is 8,000 fewer than the number of tickets sold the month before in April. 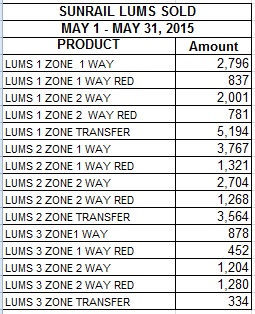 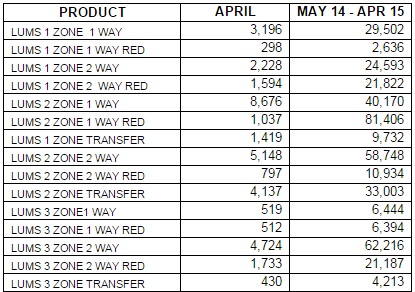 One Response to "Another Dip in SunRail Ridership"