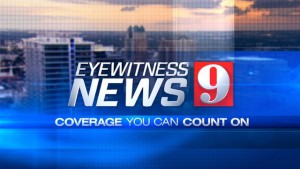 When it comes to local news coverage, there’s no competition right now for WFTV News, Orlando’s ABC affiliate. Based on the June ratings, WFTV won the local ratings war in nearly every single time slot. WFTV had ratings gold during the early morning, at noon, between 4pm and 6:30pm and at 11pm.

WFTV continued dominating the key 25-to-54 year old demographic as well. During the June sweeps period, WFTV captured 48% of all viewers in the most important demographic for advertisers. The next closest competitor was WESH, who only pulled in 23% of 25-to-54 year old viewers. The other local stations are struggling to make gains, as the May ratings also showed WFTV drew 47% of the 25-to-54 group for all newscasts.

That means WFTV essentially is pulling in as many key viewers as the other three local news stations combined.

The local numbers are extremely telling, especially since WFTV Channel 9 News leads the way investigating important local issues. To give you an idea, at the 6pm broadcast in the last ratings period, WFTV averaged 34,268 viewers in the key 25-to-54 demographic, while WESH (Channel 2) averaged 16,552 viewers in the same group, WKMG (Channel 6) averaged 14,135 and WOFL (Fox 35) only pulled in 6,424 viewers in the age range.

One reason for the ongoing struggle at Fox 35 could be the controversial relationship between WOFL’s General Manager Allyson Meyers and Orlando Mayor Buddy Dyer. Meyers even serves on one of Dyer’s downtown task forces and coverage on local matters and investigations are lacking because of the apparent bias. Fox 35 even has a content-sharing agreement with the Orlando Sentinel, which does not seem to be bolstering their position in local news.

Meanwhile, WFTV has a large team of reporters and camera crews who are able to cover issues across the Orlando market. 9 Investigates has taken on important local issues and routinely breaks news before the other local stations. There’s no denying the numbers.