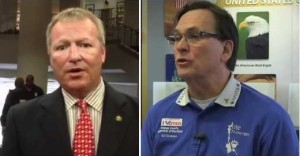 Major concerns are being raised by Orange County Supervisor of Elections Bill Cowles about the City of Orlando’s planned 2016 municipal elections, currently set for first Tuesday in April. The concerns stem from a conflict now that the Florida legislature and Governor Rick Scott moved the statewide Presidential Preference Primary to March 15, 2016, which will present big problems for local voters unless changes are made.

According to a letter sent from Cowles’ legal counsel, Governor Rick Scott signing the new Presidential Primary date into law “places the dates suggested by the City of Orlando in significant jeopardy of conflicting with the election schedule for the Presidential Preference Primary.” The letter, obtained through a public records request, was sent to City Attorney Mayanne Downs, a close Dyer ally who also works at GrayRobinson. Downs had placed a call about the City election date earlier this month to Nicholas Shanin, General Counsel to the Orange County Supervisor of Elections.

Supervisor Cowles outlined several major concerns now surrounding Orlando’s city election date, including overlapping absentee ballots, early voting issues and precinct confusion for voters. “The Supervisor has always considered its paramount duty to minimize voter confusion and to eliminate opportunities for the disenfranchisement of voters wherever possible,” the letter to the City stated.

Dyer’s planned April election date “creates precisely the type of scenario that can and must be avoided if at all possible.”

The reasons the overlapping election schedules cannot be supported are pretty clear from the Supervisor of Elections. First, the primary reason why the election schedule being in such close proximity to the statewide Presidential Primary will not work is the “simultaneous period of time during which voters within the City of Orlando would have absentee ballots delivered to them for two separate contests, canvassed on separate dates by the different Canvassing Boards.”

That means there would be several weeks where voters in the City would be simultaneously in possession of separate city and county absentee ballots. According to the Supervisor of Elections, “this seventeen-day long overlap creates the very real hazard of voter confusion.” There are other serious concerns surrounding this, including ballots becoming spoiled, ballots becoming invalid as stale, voters becoming confused as the actual date for submission of their ballots, among others.

The letter to the City of Orlando also points out a concern about possible voter suppression and further confusion regarding early voting. The letter states, “the close proximity to that election may cause confusion with voters who fail to understand that the early voting ranges advertised for the City elections regard only the City elections and will not apply to the Presidential Preference Primary.”

Another big problem – precinct confusion for voters. There are 27 City precincts, but these may not be the same precincts as the 80-plus county precincts. Sample ballots and information regarding precinct polling locations are distributed to voters prior to each election and the two election dates are so close there is no doubt the City is creating a higher likelihood of confusion among voters as to where they vote.

“To eliminate the high likelihood of voter confusion created by the different precincts for those voters between countywide and citywide elections, holding those elections in such close proximity can and should be avoided if at all possible,” according to the Supervisor of Elections.

All of this is happening because in 2011, Mayor Dyer pushed through an ordinance to hold its municipal election the first Tuesday of April, with a runoff election to take place the first Tuesday in May. This was a move to allow Dyer to seize control over the entire election process, as the City interprets the ordinance to place Dyer-appointed City Clerk Alana Brenner in charge of all election activity, a clear conflict of interest. It was also to narrow the electorate in favor of the incumbents. The move resulted in historic low turnout in Orlando’s 2012 city elections as well as many questions about Dyer’s absentee ballot harvesting. In the 2014 municipal elections, local media exposed Brenner for committing a possible civil rights violation against a poll worker. Now, there are already new concerns before the election process even begins for 2016.

What will Mayor Dyer do now? The City of Orlando has yet to respond to Supervisor Cowles’ concerns and his request for the City to once again move its municipal election date.