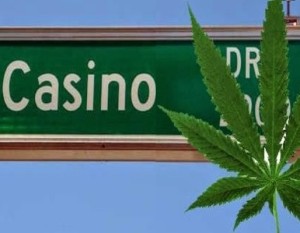 A majority of Florida voters said they would support legalization of medical marijuana and casino gaming, according to a Survey USA poll conducted earlier this month for News 13 Orlando and Bay News 9 Tampa.

The poll numbers were released shortly before Florida Attorney General Pam Bondi announced this week she would not fight against the current ballot initiative to legalize medical marijuana. Bondi opposed the amendment that appeared on the 2014 ballot, which failed to meet the 60% threshold needed to pass.

Orlando power attorney John Morgan serves as chair for People United for Medical Marijuana, which is the group pushing the ballot initiative. Morgan has already contributed $1.8 million this year to finance the legalization efforts.

On the issue of casino gaming, the trend towards legalization continues. 55% of all Florida voters sampled support legalizing casinos in Florida with only 34% opposed to legalized casino gaming. The Florida Chamber of Commerce led the No Casinos effort, which lobbied Tallahassee against an expansion of casino gaming in the state. The latest poll numbers must trouble the group, which states on its site: “No Casinos has once again been reactivated to stop this threat to our economy, our families, our quality of life, and the character of our communities.”

Voters were also asked about their preferences for the Presidential Primary. Among Democratic voters, Hillary Clinton was the clear winner by a 3:1 margin overall. Meanwhile, Donald Trump crushed the Republican field with 37% compared to Ben Carson with 17% and Marco Rubio with 16%.