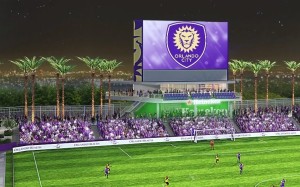 Despite another rushed and panicked response from the City of Orlando legal team, the formerly “public” soccer venue turned private stadium development is still facing serious questions after Mayor Buddy Dyer’s hasty decision to use the power of eminent domain to try to get his way. And, let’s not forget, the City still has no excuses about why Mayor Dyer called a press conference and lied to the media and the public about the reality of his mess. That was a deliberate act by Dyer to mislead the public once again and attempt to deflect criticism of his numerous blunders throughout the entire soccer stadium controversy.

Dyer’s latest blunder meant city staff had to scramble and spin the truth even more; many, including the assistant budget director, had no idea of the change in stadium plans as Dyer made his announcement. After being called on Florida statute and the ramifications of using eminent domain by this site, the City of Orlando prepared to tell a different story. Now, City of Orlando spokesperson Cassandra Lafser claims in an official statement “the City negotiated a resolution with the Northbrook property, they are selling to Orlando City Soccer and we are unwinding the eminent domain.”

But Mayor Dyer and his team are not in the clear with their attempt to “unwind” an eminent domain seizure. The City response is problematic in several ways when compared to actual Florida statute.

After consulting with attorneys specializing in eminent domain, it is clear Dyer’s actions and the City’s statements raise serious questions about the interpretation of Florida’s eminent domain statute. Attorneys noted this case would be considered a case of first impression. In a case of first impression, the exact issue before the court has not been addressed by that court, or within that court’s jurisdiction, thus there is no binding authority on that matter.

The record is clear, the land was taken by using the power of eminent domain.

That makes it impossible for the City of Orlando to continue arguing it never owned the seized property and thus the City can “unwind” the ruling. City Attorney Mayanne Downs is actually arguing the city “never finished taking the land.” Really? That’s a new one.

(f) Without restriction, after public notice and competitive bidding unless otherwise provided by general law, if less than 10 years have elapsed since the condemning authority acquired title to the property and the following conditions are met:

2. The owner from whom the property was taken by eminent domain is given the opportunity to repurchase the property at the price that he or she received from the condemning authority;

The City of Orlando continues to only argue the second condition is being met with a private sale to the soccer team, meaning both conditions required by law are not being satisfied. The City of Orlando will not be able to document “that the property is no longer needed for the use or purpose for which it was acquired” since the original use and purpose was to build a soccer stadium venue all along. There’s no question the use and purpose always was a soccer-specific stadium venue – and that is a big problem based on the statute.

Legally, because of Mayor Dyer’s hasty and ill-conceived actions, a privately funded and owned soccer stadium should not be allowed on the site because of the prior use of eminent domain. The City is not allowed to lease the site to a private entity either according to the same statute, which is why Dyer changed plans yet again to pitch a privately funded Major League Soccer stadium now.

It is important to note that Florida’s changes to eminent domain law came after the Kelo v. City of New London case that is so often referenced. Florida’s statute has still never been challenged in court, but it already has come close due to Dyer’s actions. In the eminent domain case against Faith Deliverance Temple, Mayor Dyer withdrew his eminent domain attempt the day before discovery was ordered to come due to avoid subpoenas and information regarding the venue plans becoming public. Dyer also knew the City would likely lose the case to Faith Deliverance Temple and dismissed his own filing, opting to change his plans for the stadium instead.

Looks like Downs is well aware of the required public use of one site, but claims the City can “unwind” another eminent domain ruling? Not so fast, Buddy. This is also a lesson to elected officials about the seriousness of using the power of eminent domain.

What’s next for the ill-fated MLS stadium?