You are here: Home › Ballot Initiatives › Texting in Politics 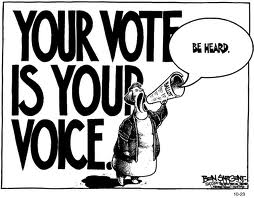 Your vote, not your text, is your voice.

Texting in politics. What a ridiculous issue to be talking about in Central Florida, especially this close to a major Presidential election. Perhaps texting about it would be more appropriate. We find ourselves caught up in what activists are trying to label “textgate” in Orange County.

Let’s just be real. Talking is crucial in politics. Building bonds and friendships is key to survival and success. Technology should be a welcomed medium especially in our multi-tasking world – I wouldn’t mind more live tweeting during Commission meetings. Trust is the key component and Sunshine helps keep that order, but making a wrong example in such a hostile way towards Mayor Jacobs is not the answer.

I feel Mayor Jacobs is the wrong target. First, Mayor Jacobs was singled out improperly in the original lawsuit. Now, Mayor Jacobs is continuously attacked despite being the only one who released her text messages. She also has already launched a set of reforms to clear this issue up moving forward. The reality is that this is a new issue facing our community and elected officials. We can navigate it together and get everyone in Orange County on the same level – and we can, and will, see all text messages dealing with public business.

What Citizens for a Greater Orange County need to remember is that attacking the wrong target and being unprepared to do the job only makes your target stronger and your case weaker.

Whether you agree with it or not, Mayor Jacobs is the only one with a coherent and consistent message throughout this whole debacle – and that is what will be remembered in the community. Not to mention, we have a President to re-elect, Democrats up and down the ballot to worry about, and are still in a horrible economic situation locally. Text messages from local elected officials, don’t rank too high on the list right now – especially since Mayor Jacobs’ texts were released.

This further becomes a silly argument when thinking there is a state representative serving as one of the lawyers for Citizens for a Greater Orange County and serving as the attorney of Marlon Washington, Chair of Citizens for a Greater Orange County. Many of his friends and allies work for non-profits who actively engage in community affairs, politics, and government at all levels – and I’m sure they text him often. That’s not undue influence because he’ll text them back and not you. That’s life and relationships and politics. There are countless examples of this as every elected official is just another regular person, with friends, family, confidants, and political allies.

Elections have consequences. It is no surprise that Mayor Dyer gives tens of thousands of dollars openly to the Chamber of Commerce; they supported him to the tune of hundreds of thousands of dollars in his election. Does anyone really think Mayor Dyer just handed out taxpayer money without any communication with the Chamber heads? Try to find a record of that. That’s why it is no surprise that an elected official is going to talk – and text – with his or her allies, friends and trusted sources. And as someone in politics, I understand well that is part of what is at stake in elections.

But one vote – which would carry real consequences – may never happen. And both sides are moving in that direction.

We have lost the core of what was so popular in this whole movement, what was supported by the signatures of 50,000 voters. A vote on Earned Sick Time for workers and families who need it. A chance at a better life for all workers in our community. No, we no longer hear about that.