Take a look at Orlando’s historic Tinker Field re-imagined as a VIP parking lot for the Citrus Bowl. In this rendering from Orlando Mayor Buddy Dyer’s “Community Venues Master Plan: Phase 3” from 2006, residents get a glance of how the city will remember 100 years of local history. It’s just a glimpse, but there it is.

There is still good reason to be confused at the city plans. The “long-term vision” rendering above was conveniently slipped in the “master plans” after several other versions of the plan which never touched Tinker Field.

Not included in these plans, of course, City Commissioner Robert Stuart’s proposal of painting an outline of the field on the asphalt as a solution. I guess local history and culture were the big losers in this deal. 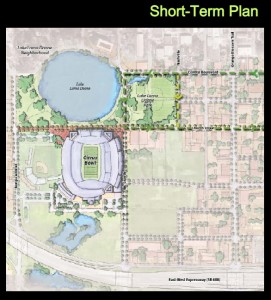 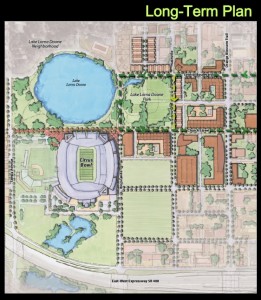 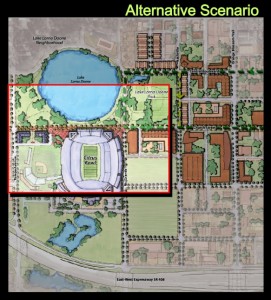 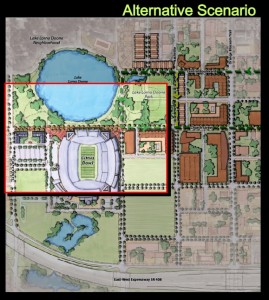