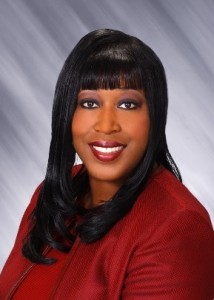 Gelzer thanked the Service Employees International Union (SEIU), which represents city employees as well as healthcare workers, for their major endorsement in the City Council race. “Thank you SEIU for believing in me,” Gelzer says in the literature along with a photo of her with SEIU workers.

Civil rights attorney Natalie Jackson, who has been at the center of some of the most high-profile legal disputes in Central Florida including several current cases, also expressed her endorsement. “Lawanna cares about our community and will fight for it,” Jackson says of Gelzer. “She has spent the time and has done the work of documenting the issues and researching the potential solutions in this community.”

Gelzer has been extremely active in organizing and speaking out on excessive force, police relations and brutality cases. She has been one of the only leading community leaders pressuring City Hall for transparency and accountability. She has also raised media awareness on these issues.

Gelzer included several other endorsements from members of the community.

“Lawanna is honest and is always willing to work and help her community,” says Pat Slade, a retired healthcare worker who organized with SEIU 1199. “Lawanna is our voice for District 6.”

“Her passion and dedication is what she will bring to the people of District 6,” Gelzer’s mother tells voters.

Here’s a copy of the latest Gelzer campaign literature: 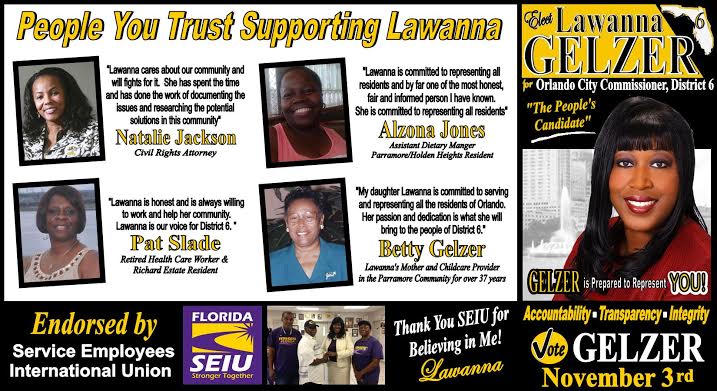