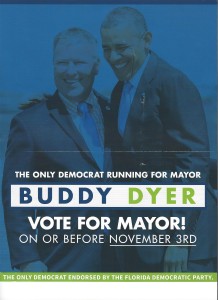 Mayor Buddy Dyer and the Florida Democratic Party are using every possible campaign tactic at their disposal ahead of the Orlando elections – including using an image of Dyer with President Barack Obama. The tagline for the Obama photo in the latest Dyer campaign mailer reads, “The only Democrat running for mayor” and “The only Democrat endorsed by the Florida Democratic Party.”

On the reverse side, the Dyer campaign mailer claims Buddy Dyer is “a good Democrat who has our President’s back. We need to have his.”

To be clear, there is no endorsement from President Obama, just the use of the image with Obama’s arm around Dyer. But the Florida Democratic Party and Buddy Dyer also take aim at the two Republican candidates challenging the longtime mayor. “We need to stop Republicans Paul Paulson and ‘Sunshine’ Linda-Marie Grund from taking over our city.”

The flyer is the most blatant partisan campaigning yet in the “non-partisan” municipal election. With horribly low turnout less than one week until Election Day, Dyer and the Democratic Party seem desperate to push more Democratic voters to the polls. It is also the first direct jab at both Paulson and Grund, insinuating the two Republicans are working together to “take over our city.”

“We need to stop the Republicans by voting!” the campaign mailer boldly states.

Many local Democrats have long soured on Dyer due to many of his controversial actions in recent years. There is no doubt Democratic enthusiasm in Orlando has waned and that is clearly worrying the incumbent mayor and Florida Democratic Party. Dyer may also be rethinking the comment he made to the Orlando Weekly in June where he attacked his fellow Democrats: “I get more crap from the left wing of the Democratic Party than I do from Republicans or the mainstream.” 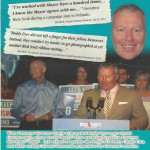 Paulson, a Republican, recently blasted Dyer as “Not Our Buddy” and linked Dyer directly to Governor Rick Scott, one of Florida Democrats’ most hated politicians. Going even further, Paulson’s mailer blamed Dyer for “costing Crist and Democratic progressives the Governor’s mansion.”

There are 152,500 registered voters in the City of Orlando. The city is overwhelmingly Democratic by registration numbers. But Dyer and the City Council changed the election date to create the November 3rd snap election, leading to extremely low turnout and voter participation. There is currently a reported turnout of only 5% so far according to the Orange County Supervisor of Elections. Republican voter turnout is already up from the 2012 election totals, but Democratic turnout is still outpacing Republican turnout in the Orlando election. 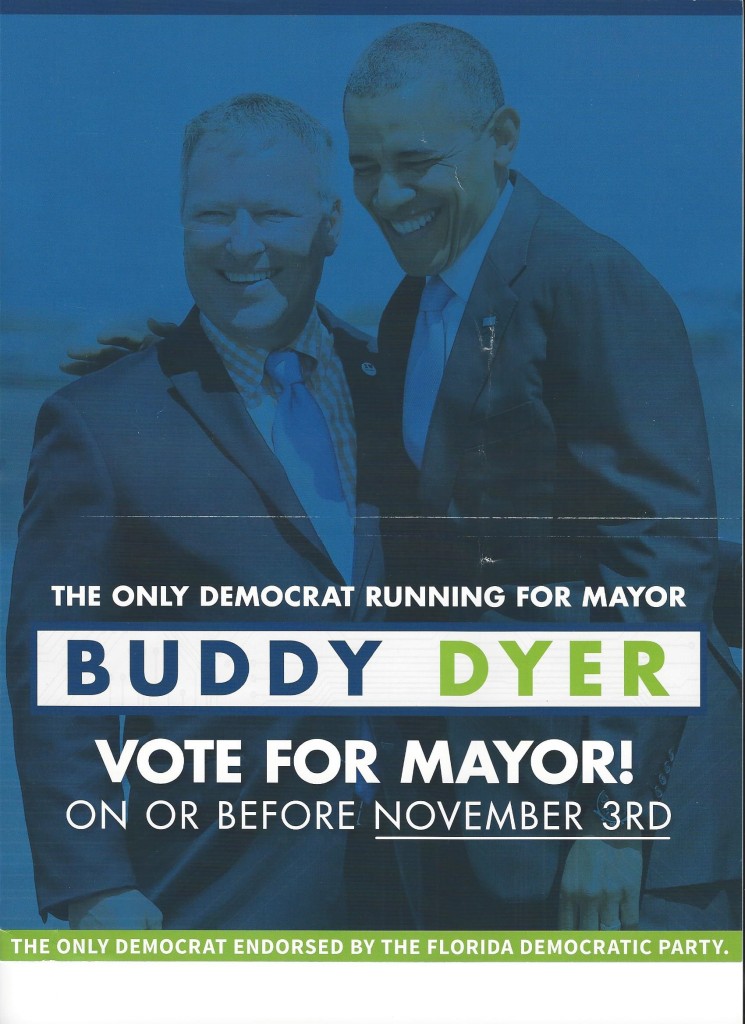 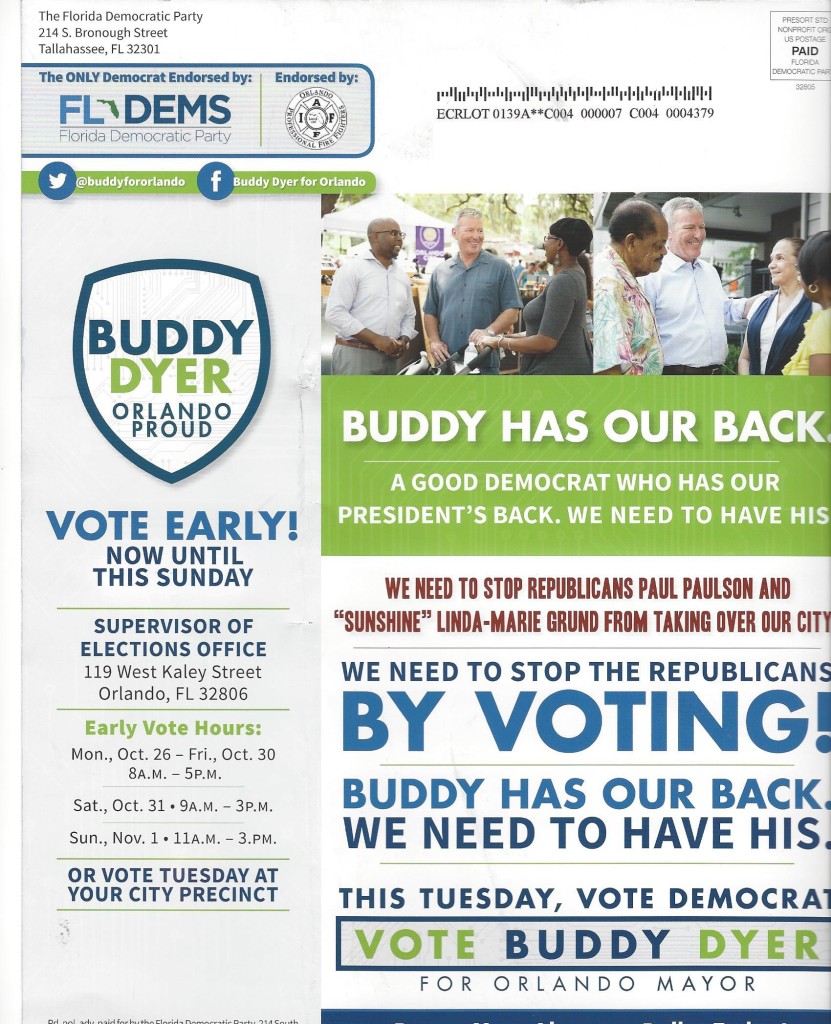