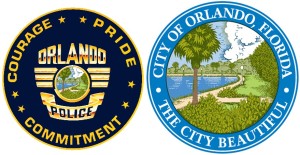 When a police report was filed by City of Orlando employee Paul Wenzel alleging “criminal mischief” and “vandalism” of a $175,000 city asset in November 2012, the Orlando Police Department did nothing. No investigation was ordered. No questions were asked.

In fact, no officer or detective ever reviewed the police report and the Orlando Police Department immediately marked the case file as “inactive” and “unassigned” as city officials hoped the whole matter would fade away.

But as the ongoing Dyer administration scandal continues to unfold, it appears OPD may have been assisting Mayor Buddy Dyer and members of his senior staff with the cover-up, in part by not conducting an investigation into an alleged crime with serious implications and not assigning it to a single detective.

In several conversations, the Orlando Police Department Public Information Officers Sergeant Wanda Ford and Michelle Guido also contradicted themselves numerous times while trying to cover for previous answers provided by Dyer administration officials. However, the new OPD narrative on what happened to the $175,000 falloffstone sculpture does confirm senior Dyer administration officials not only created the cover-up scandal, Dyer’s senior staff lied to media outlets including the Orlando Sentinel and WESH News about the story – and continue to lie today.

While responding to new questions I raised about the lack of investigation into the destruction of a $175,000 city asset, OPD first claimed local police never investigated the reported crime because “there are no leads or suspects.” First, that is a lie as Paul Wenzel, the city employee who filed the police report, also filed a memo to Orlando Venues Director Allen Johnson detailing the name of an employee who admitted to being instructed by a supervisor to scrap the sculpture. That would implicate at least two suspects who could provide information to solve this crime.

But residents may question OPD’s response because it implies the local police will not investigate any police reports or reports of crime if there are no leads or suspects. When pushed to clarify if the Orlando Police Department does not investigate any crimes where there are no leads or known suspects, OPD PIO Sergeant Wanda Ford and PIO Michelle Guido only responded, “We have no further information.” Sounds reassuring for a city plagued with crime problems.

Earlier in the conversation, the OPD PIOs insisted there were no records or communication between Orlando Police and City Hall officials at the time of the report. OPD even referenced a previous public records request I made to confirm no communication between the police and City Hall took place on the subject matter. Yet once OPD was questioned about several contradictions, OPD PIO Ford stated in email the City of Orlando Risk Management conducted their own investigation and determined the $175,000 sculpture was “mistakenly vandalized.”

But that’s not what the official police report filed by Paul Wenzel stated. The first item listed on the Orlando Police Department’s report 15-802792 regarding the falloffstone sculpture says “Case Description: Criminal Mischief.” It does not state “mistakenly vandalized,” it alleges a crime has taken place. So either city officials were claiming a crime took place, or Paul Wenzel knowingly filed a false police report to change the story.

At the very least, OPD has officially outed the City of Orlando’s own Risk Manager Ray Scullian as a big liar. Three months after the false police report was filed by the city, Scullian, who makes more than $100,000/year at the city, pushed the criminal narrative to the Orlando Sentinel. “Regretfully, a metal thief went in with a saw and cut it away,” Ray Scullian, Orlando’s risk manager, told the Sentinel in February 2013. “Unfortunately, like a lot of other things around town … they just get taken and sold for scrap.”

Now why would the Orlando Police Department claim they were aware of a City of Orlando Risk Management investigation in 2012 which claimed the city asset was “mistakenly vandalized” by a city employee under instructions from a supervisor when the head of that department tells a different story to the media just months later?

The only name from the Orlando Police Department associated with the false police report is Daisy Daniels. Daniels is not a sworn officer but rather a civilian employee in the OPD Records Department. When reached for comment on her role in the cover-up, Daniels insisted she only ensures police reports filed online are filled out correctly before sending them to another department for review and assignment. That means someone in the Orlando Police Department knew what was going on with this scandal and made the decision to assist City Hall’s cover-up.

For nearly three years, the City of Orlando was also busy telling their lie to the artist of the $175,000 sculpture, Peter Shelton. Shelton has attempted for years to get answers about what happened to his sculpture and more importantly, Shelton wants city officials to repair his art and return it to its original state.

On another front, this is just the latest example the broken trust between the police and the community. It is clear OPD simply follows orders from the top of City Hall about process and investigations. If the Orlando Police Department assisted the Dyer administration cover-up of the destruction of falloffstone, what else are they covering up and who are they really serving? 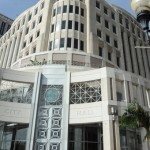 Follow the unfolding scandal and latest updates from the investigation: