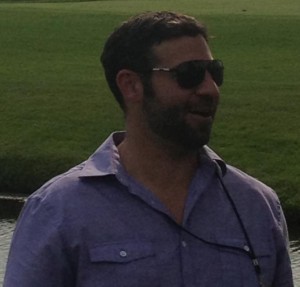 The cronyism scandal involving Craig Borkon, Mayor Dyer’s former campaign staffer who received a nearly $70,000/year position with no college degree and no minimum required experience, is getting worse as more of Borkon’s file becomes public. It appears Buddy Dyer went out of his way to find a high-paying place for Borkon in City Hall at the same time that the Mayor was fighting city employees who are part of the Service Employees International Union.

Last year, union city workers were demanding small pay raises for their work which hadn’t happened in years, and Dyer and the Council were rejecting them in negotiations. The City eventually gave employees a mere 3% raise, but with higher medical insurance costs it did not even equate to a cost of living adjustment.

Meanwhile, the completely unqualified Borkon was being rewarded for his political service to Dyer’s campaign. According to new records, Borkon actually received part of his sweetheart payoff deal before officially joining the Community Venues. Borkon was hired as a “seasonal” employee – which only makes me think of part-time workers at a theme park during peak season. But in Borkon’s special case, he was hired as a “seasonal” employee at a pay rate of $31.25/hour. This position was also not listed anywhere on Borkon’s application for “venues assistant TO the Director” however it does explain how he had an official cityoforlando.net email prior to being hired.

It is also another clear indication that Borkon lied on his official application for the Venues job, answering “No” to the question have you ever been employed by the City of Orlando prior to this application? Clearly, everyone knew what this would look like if it was made public, and the City and Borkon were trying to hide it at every turn. But lying on a government application should also be enough grounds for an immediate resignation, let alone the lack of college degree and relevant required experience. Borkon also lied on the experience question, stating he had “some, but less than 4 years” of needed facilities experience despite the fact that no related experience can be found on his resume.

Now, how many city employees start working at $31.25/hour? Hell, how many city employees are making $31.25/hour after working for the City for years? Even more disturbing how many city workers labeled “seasonal” would come in as their first job and make that kind of money? I know many at the City would love that pay rate, especially since under Mayor Dyer Orlando has earned the horrible distinction of America’ lowest paying job market (average salaries in Orlando stand at just $29,450/year).

Just three months later, Borkon was applying to the full-time assistant position at a whopping salary of $69,014/year. And despite not holding the required college degree or minimum facilities experience required, he received the job in a classic cronyism hire. This whole situation exposes how Buddy Dyer runs Orlando’s City Hall and it is more proof of the troubling and possibly corrupt local government he leads.