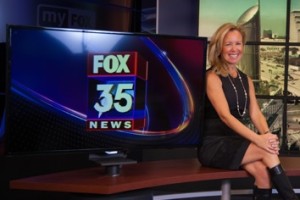 Allyson Meyers is VP/General Manager of Fox35 Orlando news and is the only person from local media selected personally by Mayor Dyer to serve on his Downtown Orlando policy task force. Calls for her immediate resignation from the Task Force are being made to prevent any media bias or questionable relationships with the Mayor and City Hall.

It should be no surprise that there are conflicts of interest with Mayor Buddy Dyer’s Downtown Orlando Task Force based on the track-record of this City Hall. However, there is one major media conflict surrounding Allyson Meyers’ role on the “Project DTO” Task Force and it demands that Meyers resign immediately to prevent any question of media bias in favor of Dyer or his destructive policies. Here’s my original article from West Orlando News. From the column:

How can any legitimate member of the media, let alone a General Manager of one of the local TV news stations, offer the public an unbiased and in-depth analysis of proposed plans while serving as a hand-picked representative of the Mayor? Where is the transparency from Fox35 and accountability to the viewers? At the least, the public deserves a guarantee of unbiased coverage and Allyson Meyers is unable to provide that while serving Dyer’s interests on the task force.

Allyson Meyers serves as the Vice President and General Manager at WOFL-TV Fox35 Orlando. However, Meyers is also the only media representative personally selected by Dyer to serve and she clearly should have said no before being appointed to prevent any conflict of interest in her professional role. Now there are questions as to the relationship between the local Fox news and their coverage of Dyer’s policies, specifically the destruction of historic Parramore – a topic that this task force will make recommendations about.

Also, interesting to note is the fact that Meyers is registered to vote out of a Ft. Lauderdale address according to elections records (although it appears she does not actually vote). 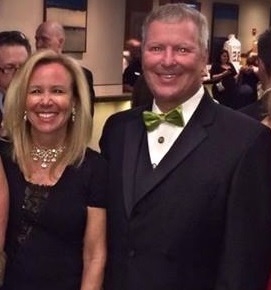 Allyson Meyers of WOFL-TV My Fox Orlando (Fox35) with Mayor Buddy Dyer at an event.

Allyson Meyers knows better as Vice President and General Manager of My Fox Orlando. Meyers should resign immediately from the board and focus on unbiased news coverage and management at Fox35. Doing so is the only way to end questions about media bias and unprofessional relationships with a major elected official her company is supposed to cover. Is Meyers a journalist or a “buddy” of the Mayor appointed to do his bidding on the new task force?

Meyers did not respond for comment before publishing, perhaps she doesn’t appreciate the exposure and pressure focused on her. West Orlando News will add any response if Meyers does choose to call back.