You are here: Home › City of Orlando › Town Hall on Police & Body Cameras in Orlando Tomorrow 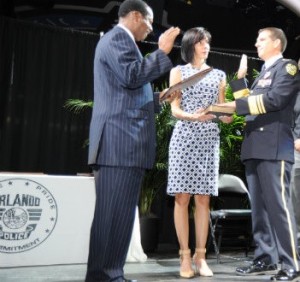 Police Chief John Mina was sworn in by Commissioner Ings in 2014.

“It is imperative that we bring the police and community together to have a frank and candid discussion about the use of body cameras,” Commissioner Ings said about the town hall. “The community’s safety, trust, and treatment are paramount, and we want their voices heard.”

Some residents in the community have noted the lack of representation of citizens or community organizations on the panel. But officials are hoping for strong turnout from residents in order to begin a dialogue between citizens and local police while building community relations.

A demonstration of police body camera use and function will be presented at the community meeting. Ashton and Wesley will likely discuss how these body cameras will impact the courts. 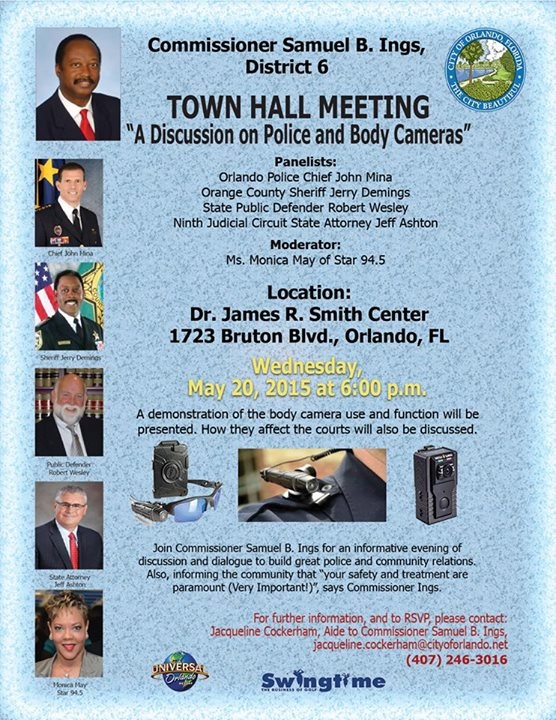