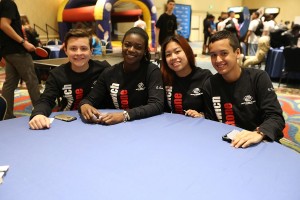 This weekend more than 1,500 teen leaders from 157 cities and five countries are in Orlando taking on pressing youth issues at Boys & Girls Clubs of America’s (BGCA) 48th Annual Keystone Youth Conference. This year’s gathering is one of the largest youth leadership conferences in the U.S. Organizers and attendees believe today’s youth are more motivated than ever to make a difference in their communities and affect positive change for the world.

Among the youth leaders, Central Florida’s Maryah Sullivan will be a featured speaker after she was named Boys & Girls Clubs of America’s 2014-15 National Youth of the Year. Sullivan hails from the Boys & Girls Clubs of Central Florida in Orlando, and graduated from Edgewater High School with a 4.4 grade point average. Now a freshman at the University of South Florida, Maryah remains a dedicated community servant and volunteers at the Ronald McDonald house and a local nursing home. She also helps paint homes for the elderly. Maryah is serving as BGCA’s official teen spokesperson.

Using the theme, #OwnYourMagic – fittingly for Orlando – these young leaders will attend leadership workshops and interactive sessions to learn the 21st century skills and strategies needed to make a difference in their own lives, in their Clubs, among their peers and within their communities according to event organizers. During the 2015 Keystone Youth Conference, teens will have the opportunity to voice their opinions about the issues facing America’s youth and share their inspiring visions for change.

“Character and leadership are at the core of our organization,” said Jim Clark, president and CEO of BGCA. “The 1,500 teens in attendance at this year’s Keystone Conference have already proven themselves to be great leaders within their Clubs; after this incredible four-day experience, we’re confident that they will return home ready to achieve a great future. We are grateful to partners, such as Aaron’s, who share our belief that today’s youth can truly impact a positive change on our world.” 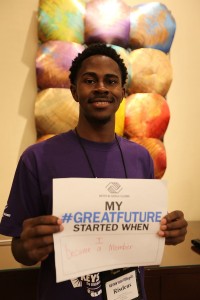 Teen leaders will be ready for an action-packed itinerary of experiences, professional mentors and inspiring celebrities focused on helping teens define their goals and embrace the skills to put those goals into action. The event will also mix in celebrities and entertainers including WNBA player Skylar Diggins, Trevor Jackson (singer, dancer and actor), Gracie Schram (singer/songwriter), Stacy Barthe (Grammy nominated singer/songwriter) and the all-girl band, Epic.

“We recognize that teens are leaders today, not only in school but within their Clubs, their local communities and beyond,” said John Robinson, CEO of Aaron’s, Inc. “With access to resources that better inform and connect them with the world, teens are able to take unprecedented steps to shape their own future and the future of their communities. We’re honored to be part of the 2015 National Keystone Conference and we are proud to help Keystone teens develop their path to leadership.”

The conference is hosted by BGCA at the Renaissance Orlando at SeaWorld and presented by Aaron’s, a leader in the sales and lease ownership and specialty retailing of furniture, consumer electronics, home appliances and accessories.