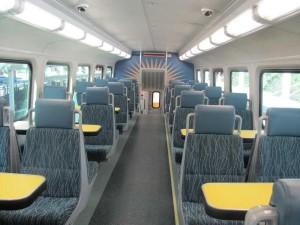 SunRail’s “free” New Year’s Day service was a special request to run trains for the Buffalo Wild Wings Citrus Bowl but attracted few riders during the holiday event. The special service was sponsored by the Orlando Venues and Orlando Citrus Sports, but it will be City of Orlando taxpayers who are on the hook for the tab as nothing is ever really free.

According the Florida Department of Transportation (FDOT), only 807 total riders took advantage of the “free” SunRail service on New Year’s Day. That means likely around 400 people rode SunRail trains for the Citrus Bowl, as typically riders will make a round-trip if taking the train.

In contrast, 48,628 fans attended the January 1, 2015 Citrus Bowl, according to a presentation by Project DTO. Only around 1% of the attendance of the Citrus Bowl rode SunRail trains even though it was free. That’s not a good sign.

While the service was promoted as paid for by the Orlando Venues and Orlando Citrus Sports, the invoice is being sent to the City of Orlando according to FDOT records. Taxpayers are now on the hook for $20,187.68 for the “free” New Year’s Day service, paying around $25 per ride taken. The scope of the SunRail request outlines more of the cost breakdowns from FDOT.

The partial service on New Year’s Day was not included in SunRail’s average ridership for the month of January, which was 3,789 total riders per day. The first year goal for SunRail ridership is only 4,300 daily total riders.