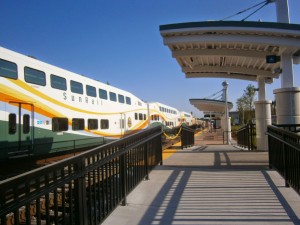 While still far from where officials want the numbers to be, SunRail’s ridership showed positive signs in the last quarter of 2015 with slight increases month-to-month from October to December. The modest gains over the last three months are definitely welcome as a turnaround from decreasing ridership, but heading into 2016, SunRail still has a lot of work to do to encourage more riders.

In September, ridership on the commuter train dropped significantly to an average of only 3,200 total boardings a day, or only 1,600 round-trip commuters. Those numbers followed a small drop in August SunRail ridership, which averaged around 3,635 total boardings a day. The steep decline in September was worrisome, but officials remained optimistic.

SunRail did slowly climb back to the ridership levels of August by the end of the year. According to the December SunRail conductor’s report, the commuter train averaged 3,664 total boardings, or a little more than 1,800 round-trip commuters. Though not impressive, it shows slow and steady increases moving back in the right direction.

If the SunRail ridership numbers keep moving in the right direction, the train service may reach the January 2015 average ridership of 3,789 total boardings per day.

SunRail was expected to reach at least an average of 4,300 boardings per day in its first year of service, which ended in April 2015. The commuter train still has not hit those initial ridership benchmarks. During SunRail’s first year of service, the daily ridership average was almost 3,700, about 600 short of the 4,300 total passenger goal. SunRail broke an average of 4,000 total boardings per day in the month of March 2015, which included several special events drawing more riders.

Many SunRail riders, and potential riders, continue to ask for better scheduling and more regular service, including a possible “last call train” late in the night. In December, SunRail officials dumped the previous “late night train” experiment in favor of an additional mid-afternoon train. But many complained the “late train” pilot program did not run late enough, causing it to fail.

On top of all this, local leaders from Orlando and Orange County have not started to seriously put their own plans together for financing the SunRail train service and its expansions when local governments assume control of the commuter train in a few years. What will 2016 have in store for SunRail and ridership? Stay tuned.