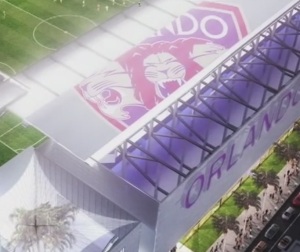 The Parramore Task Force set up by the future Major League Soccer team and Commissioner Regina Hill appears to be nothing more than a sham, as more lies are being pushed about the committee in official press releases.

However, in the Orlando City soccer email, there are several descriptions provided for members which are false, according to address records. For instance, only one member of the committee lives in the Parramore community, despite multiple designations of “Parramore resident” after names in the release – in fact, one lives in Belle Isle and another in Oviedo. Half of the committee members do not even live within the Orlando city limits. Why all the lies and misinformation?

At least half of the committee members also have a known, direct conflict of interest with Mayor Dyer’s administration. Clearly, these members will vote in the Mayor’s interest and are not on the committee to represent community interests. Brenda March, Reginald McGill and Walter Hawkins are all high-paid city employees who work for Dyer. Bakari Burns does not live in Parramore and receives funding from the City of Orlando, including Community Development Block Grants. John Henry was a late addition by the soccer team after conferring with the Mayor’s office. Henry’s wife works for the Orlando Police Department in a high-paid position and Henry’s barber shop has received support from City Hall, including press releases and online posts.

It’s a dog and pony show.

Betty Gelzer is a long-time Parramore resident and Parramore business owner, who owns multiple properties. Gelzer requested to join the Task Force but was rejected by Commissioner Hill. Hill also admitted by email the decisions of who served on the committee ultimately were made by the soccer team’s Phil Rawlins. Hill emailed “Unfortunately I can’t give you a answer due to ownership being out of the country. Thou as I stated I can’t make any promises about your mother being appointed to the board because it has already been established.” This email was sent at the end of October, two weeks before the first meeting finally took place.

This “Parramore Task Force” will not meet again until after the holidays but it’s clear this sham committee is simply an attempt to provide PR for the controversial effort. In an email from Orlando City Soccer President Phil Rawlins to a Parramore resident, Rawlins stated “The Advisory Board is, by its title, ‘advisory’ in nature and the intention to form the Board was announced at the Press Conference held by Mayor Dyer in late summer.”

Emails from Walter Hawkins and Dyer’s Chief Administrative Officer Byron Brooks show the mayor’s administration carefully selected the pool of potential members early in the process, long before Commissioner Hill ever got started. It’s clear the City of Orlando and the soccer team made sure this would remain a controlled committee, and the lack of actual Parramore residents is further proof.

The City of Orlando Appearance Review Board slammed the MLS stadium design and questioned the location of historic Parramore in a heated “courtesy review” hearing in October. The team is still scrambling to make necessary adjustments before presenting for a final review in front of the ARB.

Mayor Dyer has tried to keep complete control over the MLS stadium relocation process and information flow to the public. In early September, City of Orlando Chief Planning Manager Paul Lewis emailed Byron Brooks stating “For your information and as a follow-up to our meeting on August 19, I’ve worked with Walter to put together the list of proposed invitees for the MLS Relocation Focus Group meeting. My recollection is that you were interested in who would be invited to participate. All of these folks have participated throughout the Parramore Comprehensive Neighborhood Plan process in a positive way and we think this is a good group to brief and obtain general feedback.”

Brooks replied supportive of the suggested list and stated Commissioner Hill was inquiring about the topic and was told by Brooks that a private consulting firm, VHB, was handling things and would be convening a focus group soon.

Sadly, actual Parramore residents continue to be left out of the process.