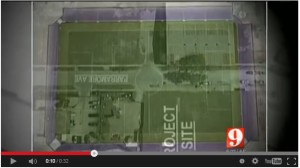 Orlando City Commissioner Regina Hill’s “Parramore Task Force” has still failed to provide any suggestions towards incorporating Parramore’s history and culture into the controversial Major League Soccer stadium. Now City officials are also admitting even if Hill’s Task Force produces any suggestions, the input will likely not be included in the project budget at this point.

According to an August 4th WFTV report, this Parramore committee was supposed “to help stadium designers incorporate elements of the community into the structure.” But in October, records confirmed that Hill’s Task Force did nothing in the first three months of formation, despite stadium plans being tweaked and finalized. In November, after the public pressure, more details were revealed which only further proved the “Parramore Task Force” was nothing but a sham.

But the December Orlando Appearance Review Board meeting also provided a very telling update about the Parramore Task Force. WFTV Channel 9 News covered the December Orlando Appearance Review Board meeting where Executive Director of the Downtown Development Board, Thomas Chatmon, stated on the record and on video, “We understand that that Task Force and what it comes up with will be a bit late to try to include in this project budget.”

But we all knew that from the start. This soccer stadium is not for the benefit of Parramore, it is one more step in the gentrification of historic Parramore. The most discouraging part of this whole sham is the message it sends when Parramore residents are asked to take part in future “task forces” or actions with the City. Clearly the input of the people is not needed, nor wanted apparently, at the end of the day.

Homes and apartments are being lost, crime and poverty persist, and the gentrification of historic Parramore continues. But hey, a new soccer stadium is still going to be built in the middle of it all. Enough public relations campaigns, it is time for leadership and real public policy changes that benefit the community, not gimmicks and “task forces.” It is necessary for Commissioners to raise these concerns and proposals inside the City Chambers during Council meetings and shift public policy in an open process.

Watch the video for yourself: