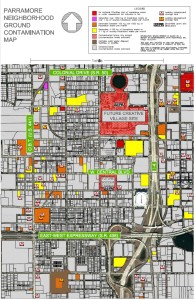 Fight Back Coalition released a detailed ground contamination map for the square-mile Parramore neighborhood based on official records from the City. There is rampant contamination throughout the area.

Major local environmental issues including the Parramore contamination and Orlando brownfields will be discussed on an official panel at the 2015 National Action Network conference in New York City. Lawanna Gelzer, President of the NAN Central Florida Chapter, has been invited to join an Environmental Justice panel discussion, titled Killing US Softly: Environmental Threats To Our Future, during the three-day national convention.

The focus of this panel is to address the impact of environmental issues that often times hurt poor communities, especially in communities of color that are directly related environmental hazards. The 90-minute panel discussion hopes to spark a robust conversation and will also include a Q & A session.

One year ago, the Fight Back Coalition, co-chaired by Gelzer and myself, joined National Action Network, the Central Florida Democratic Environmental Caucus and members of the local Sierra Club chapter to launch an awareness campaign and release a shocking detailed ground contamination map for the 1.4 square-mile Parramore neighborhood, showing 454 contaminated site locations just within Parramore. All information used was based on official city records and a report by Environmental Data Resources, which was funded by the city. The local coalition has also held a community symposium in coordination with the FAMU Environmental Law Society.

But the City of Orlando has only prioritized clean-up in the locations for Creative Village and the future soccer stadium. In fact, the city already received more than $600,000 in federal grants to assess and cleanup those two toxic sites. Just down the block from the Parramore Community Garden, there is also a Gasification Plant Superfund site, located in the 500 and 600 blocks of West Robinson Street, but Mayor Dyer has spent thousands of taxpayer dollars fighting the legal responsibility to cleanup that site, money that easily could have gone to the community or towards actual clean-up instead of to lawyers. There is another Superfund site in the neighborhood as well.

“One of the biggest concerns is the fact the City of Orlando continues to exploit the demographics of the Parramore community to secure grants and allocate funds, but the parents, children and families are not being advised or included,” Gelzer said. “The exploitation of our community makes this environmental injustice worse.”

“The families and children in need and those who are suffering from a high health disparity do not benefit from the current City of Orlando plans,” Gelzer added. “Only Creative Village and the soccer stadium, which will both advance the ongoing gentrification, are the priorities of our elected officials for these resources and that is wrong.”

This panel discussion will allow Gelzer to spotlight Orlando’s local environmental problems in a national discussion. Gelzer will also discuss methods and local initiatives that have been implemented in the Parramore community to inform and engage local residents and demand environmental justice from City Hall.

“The people are waking up though,” Gelzer noted. “And our work continues.” 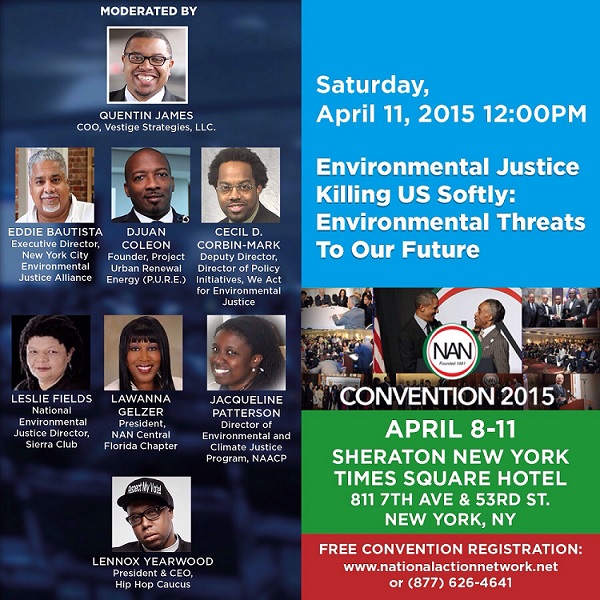