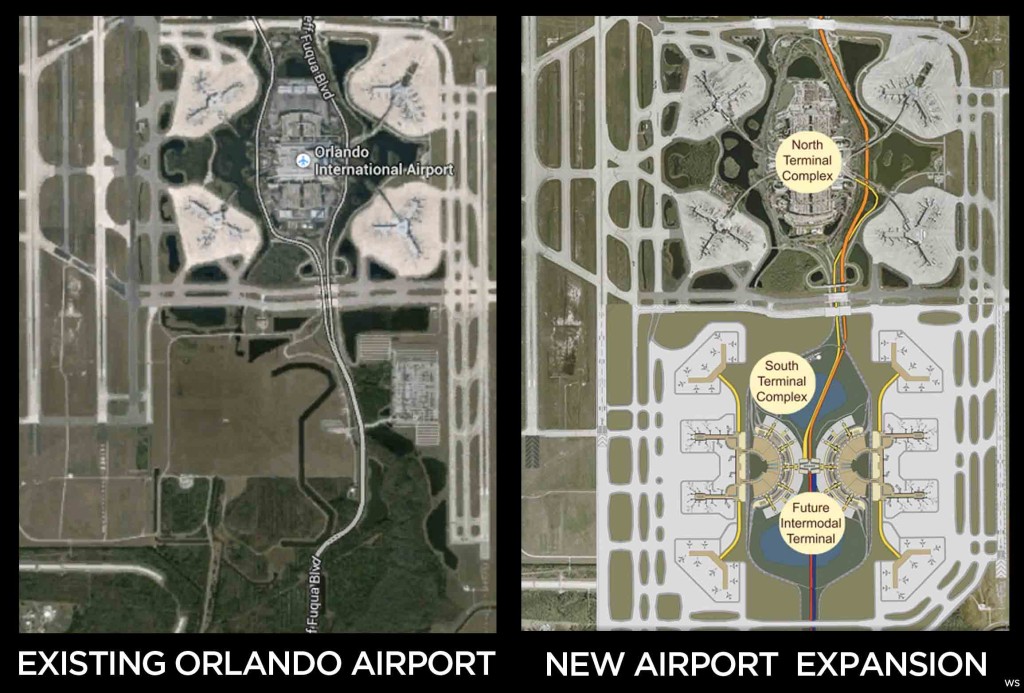 When the FAA approved an economic development plan to build a new intermodal transportation center at the Orlando International Airport (MCO), the decision launched plans for a huge Orlando Airport expansion. And I mean huge. The plans reveal a full build-out of a new 100+ gate “south terminal” complex. 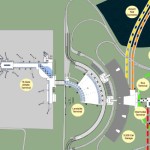 Last year, five of the 14 largest airline carriers voiced opposition to the intermodal transportation center and new south terminal. The airport’s two largest airlines are also the two most vocal opponents to the plans, Southwest and Delta. But the planned $1.1. billion expansion is only the beginning, as the full build-out will cost an additional billion dollars or more. Most of the general public remains unaware of the scope and cost associated with the project.

But no one is mentioning that the real expansion plans call for doubling the size of Orlando’s airport. The full build-out expansion plan reveals a 100+ gate “south terminal” which is far more expansive and expensive than previously imagined. Will this massive expansion lead to the eventual redevelopment and/or closing of the current airport?