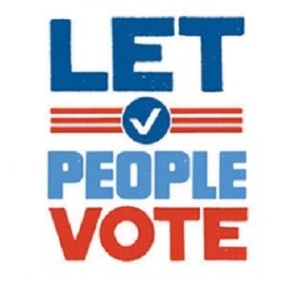 The Florida State Advisory Committee to the United States Commission on Civil Rights released its report on ex-felon voting rights, independently estimating 600,000 to 1.2 million persons, or about 3 to 6 percent of the Florida voting population, are disenfranchised from voting. The disenfranchisement has a disproportionate impact on voting rights for minorities and males living in Florida, according to the report.

Addressing voting rights issues has been a central mission for the U.S. Commission on Civil Rights and its state advisory committees since its establishment in 1957. The Florida SAC report notes, “Historically, Florida’s policy of criminal disenfranchisement dates back more than 150 years.” In keeping with the Commission’s historical attention to voting rights, in 2009 the Committee first released a report on ex-felon voting rights in Florida, after significant revisions were implemented by then-Governor Charlie Crist, following up on work by Jeb Bush’s Ex-Offender Task Force.

The Florida Advisory Committee noted in its 2009 report that the revisions to the Rules of Executive Clemency that automatically granted restoration of civil and voting rights were a “significant policy change.” The revised rules only granted automatic clemency to non-violent ex-offenders.

However, Rick Scott revoked revised clemency rules in 2011. With its updated report, the Florida SAC recommends that the Commission urge Governor Rick Scott and the Cabinet to re-consider their 2011 action and restore the revised rules of clemency to allow non-violent ex-felons who have completed all terms of their sentence to have their right to vote restored without undue delay.

The right to vote is fundamental to democracy. Orlando’s newest City Commissioner, Regina Hill, is an ex-offender who knows about this issue personally. After having her rights restored, Hill remained active in the community and then was elected to the City Council. As Commissioner, she remains an outspoken advocate on the issue locally. Even Republicans like Jeb Bush – and then-Governor Charlie Crist – were concerned that without successful re-entry back into society, including voting, ex-offenders are likely to become re-offenders.

“Previously in 2009 the Florida State Advisory Committee issued a report in support of the revised Rules of Executive Clemency that automatically restored voting rights for most ex-felons,” said Dr. Elena Flom, Chair of the Florida SAC. “In 2011 Governor Rick Scott, with the support of a majority of the Cabinet, revoked the revised clemency rules. As a result, all ex-felon voting rights restoration cases must be individually reviewed. Given the large number of persons disenfranchised in the state because of the state’s ex-felon Constitutional provision, the original framers of the state’s Constitution in 1845 could not have possibly envisioned a state population of 20 million persons and the disenfranchisement of hundreds of thousands of persons when they enacted the ex-felon voting ban and the procedures for executive clemency.”

Florida is one of only eleven states with lifetime voting bans for ex-felons. In Florida, the only procedure is through executive clemency, an act of the Cabinet including the restoration of civil and voting rights. Under Rick Scott’s 2011 rules, the new Clemency Board has also put in place additional paper work requirements for each individual case, regardless of the level of offense.

According to the National Commission on Federal Election Reform, one-third of the people presently denied the right to vote because of a felony conviction have completed their sentences.

According to the report: “Given the large number of persons disenfranchised in the state because of the state’s ex-felon Constitutional provision, it is the considered opinion of the Florida Advisory Committee that former Governors Jeb Bush (R) and Charlie Crist (R) acted correctly to modify the rules for executive clemency.”

The report concludes that Florida should return to automatic restoration of civil and voting rights and “believes doing so will allow for deserving persons who have made full and proper restitution to again have the privilege to vote and participate in the democratic processes as well as assist such persons to successfully integrate back into society.”