You are here: Home › City of Orlando › Help for the Homeless of Orlando Means Real Change is Needed 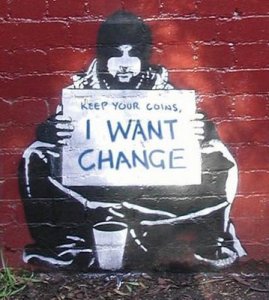 We can list the effects homelessness brings to the community, including: an illusion of disorder, fear of crime, increase calls for service from police, city response and issues of mental health and addiction. Government throws a lot of money and support at these things but unless we’re addressing the root causes and offering a complete solution, it will be of little use.

In 2012, I proposed the following suggestions on how to begin addressing the issue of homelessness locally in Orlando. Since then, I have spent months lobbying officials with the City of Orlando and Orange County (I even wrote an open letter to both Mayors and spoke directly about the issue with Mayor Jacobs in her office later).

Here are a few of my suggestions that I believe are still needed right now:

Residents should also be reminded that previous efforts by local elected officials, including pledges to solve this issue, have resulted in a complete waste of funds and time. Five years after the Commission on Homelessness formed, three times as many people were without homes in central Florida. The Commission was under fire for quite some time and did not even meet in a six-month span in 2012 before then recommending the commission should just “cease to exist.” Mayor Buddy Dyer and Mayor Teresa Jacobs were co-chairs of the commission at the time too.

The Mayors are now touting a renewed push years later, including a $6 million pledge from Florida Hospital, which is a great start. However, the pledges of funding to address the issue only take our community so far. The pledges to “solve” the problem have been made before. But to offer real solutions, the community must first identify and know what we are really dealing with and who make up the homeless population throughout Orange County. How many are veterans? Or mentally ill? Maybe there are some who were just down on their luck and trying to turn things around. I don’t think the elected leadership in Orlando and Orange County know enough to offer the solutions that are needed.

We need real plans, real programs and a real focus on the entire issue. The community demands transparency and openness from our elected officials. And most of all, it is time for real leadership to institute the change that is need to truly help the homeless of Orlando.

I also led on this issue during his time as a Board Member for the Orange County Democratic Party. At the height of the arrests and pending lawsuits over feeding the homeless and needy in Orlando parks, I offered an official resolution calling on Mayor Dyer and the City Commissioners to stop the arrests and repeal the ordinance. The resolution was approved overwhelmingly by the local party in 2011 – against elected “Democrat” Dyer.

We can really start by finally ending the ridiculous ban on feeding the needy and homeless in Orlando. That would be a start. It should never be illegal to feed someone, but it is still illegal in Orlando.