You are here: Home › City of Orlando › Depositions Throw Top Dyer Official Under the Bus 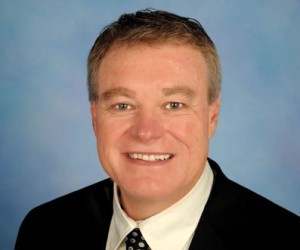 Orlando Venues Director Allen Johnson is one of Mayor Buddy Dyer’s top officials and makes a salary of $180,000/year.

One of Mayor Buddy Dyer’s top officials faced increased criticism in depositions, even from his own employees, in the aftermath of a major Citrus Bowl lawsuit that recently settled before this month’s scheduled trial. In fact, according to depositions taken by local law firm Cullen & Hemphill, a longtime city employee alleged Orlando Venues Director Allen Johnson was “trying to cover himself” immediately after the Citrus Bowl incident in 2009.

In one deposition, longtime field supervisor of the Citrus Bowl Mike Handlan told attorneys about a conversation he had with Allen Johnson during the 2009 Champs Sports Bowl game at the Citrus Bowl that injured star running back Graig Cooper and essentially ended his professional career.

“I personally looked at Allen Johnson and told him, ‘You get what you pay for; you chintzed on us.’ And I walked out of the office,” Handlan answered according to the deposition.

Handlan went on to describe what was happening behind the scenes as more complaints about the turf followed the next bowl game. Lawyers asked him about a meeting Allen Johnson called a few days after the bowl games and why the meeting was called.

“Because, I think somebody was embarrassed and they wanted to cover their tracks,” Handlan said.

“Who was embarrassed and who wanted to cover their tracks?” the attorney asked.

“Allen Johnson,” Handlan replied. “And he also hired his own turf consultant.

In other depositions, Cullen & Hemphill were able to reveal that Johnson’s original turf consultant, Ralph White, also served as a consultant for the turf and sod companies who won the city bid. Handlan told attorneys a few times about his opinion on the quality of the turf for the price Johnson paid.

“You might get tired of hearing me say this, but you get what you pay for,” he said.

When asked about the new turf consultant hired by Johnson after the bowl games in question, Handlan also described the reasons behind the decision. “Well, Allen Johnson hired him because — you know, my opinion was he was trying to cover himself.”

The depositions also provided a little insight into Allen Johnson’s knowledge, management and decision-making. It appears Dyer’s top Venues official has little knowledge of what is going on or who the experts really are. Johnson would not even seek the opinion of his field supervisor at the Citrus Bowl. Attorneys for Cooper asked Handlan to repeat what was told directly to Johnson.

“I told Allen Johnson he — he chintzed on us, which is cheap, because he put it out to bid, because they don’t talk to the people that did know what had actually going on,” he answered. “When I left the office, he told Greg [Thompson], ‘You better get a handle on him,’ and then he came out on the field and he started on me again, telling me that I should have sent that stuff back. And, you know, I — at that point — at that point I — I was so mad that I had some choice words to say to him. I didn’t order that stuff and it wasn’t up to me to send it back. I didn’t want that stuff out here to begin with.”

Not one single deposition in the case painted Allen Johnson in a good light. Most only raised more questions about Dyer’s top Venues official. Unfortunately, many of those questions have yet to be answered.

In his own deposition, Allen Johnson claimed he did not recall in question after question from attorneys. Johnson’s deposition raises serious questions about his leadership, knowledge and ability. Allen Johnson is actually a hand-picked employee of Mayor Dyer.

“After reading Mr. Cantone’s article, Bob and I were both surprised that Allen Johnson actually answered, ‘I don’t recall’ approximately 70 times during his deposition,” attorney Kim Cullen posted on the Cullen & Hemphill website. “We knew he provided that answer to a lot of questions, but we couldn’t imagine that it was close to 70 times over the course of a couple of hours of questioning.”

“However, at some point, ‘I don’t recall’ starts to look pretty poor,” Cullen & Hemphill added. “When it is used a significant number of times (like in this case with Allen Johnson), it can begin to seem disingenuous and can make a witness look like he or she is either incompetent or trying to hide something.”

It is clear Mayor Dyer and city officials made the judgement a public trial would not be in the best interest of the City of Orlando. However, Allen Johnson should be held accountable as the top Venues official and someone who is making a salary of nearly $180,000/year.

“Ultimately, we will never know what an Orange County jury would have thought about Mr. Johnson’s testimony, since  his employer, the City of Orlando, decided (along with the other Defendants – two sod companies, and Florida Citrus Sports) to settle our client’s case,” the Cullen & Hemphill firm noted.

2 Responses to "Depositions Throw Top Dyer Official Under the Bus"