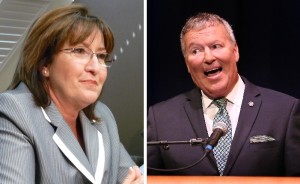 The debt created by the Orlando Venues continues to cause headaches for local leaders and plans by the tourism industry, according to a letter written by Orange County Mayor Teresa Jacobs yesterday. Despite the seeming boom in tourism and surge in tourist development taxes, Mayor Jacobs also warned Orlando Mayor Buddy Dyer and tourism industry officials that “the County does not have the capacity to incur additional significant annual expenditures for the next several years.”

The letter was written in response to a letter from the Central Florida Hotel and Lodging Association last week. CFHLA proposed new Tourist Development Tax (TDT) expenditures and Mayor Dyer quickly endorsed the plans. Mayor Jacobs decided to slow down and actually analyze the proposed plans before responding. Her response makes her position very clear.

It also made it clear that the debt from the City Venues projects in addition to the original Venues Agreement are causing significant cash flow problems for Visit Orlando and the Convention Center funding.

“Under our current contract with the City of Orlando for the original Venues Agreement, the County’s share of the TDT is limited to 2% growth with the excess going to the City to pay off the Venues debt,” Mayor Jacobs wrote. “We will continue to face significant cash flow challenges to provide additional funding for Visit Orlando or the Convention Center’s long-term CIP until such time as the Venues debt is paid off.”

“As a result, the County does not have the capacity to incur additional significant annual expenditures for the next several years,” she added.

It makes sense Mayor Jacobs brings up funding concerns for the Orange County Convention Center, as protecting the OCCC remains a top priority for her. “First and foremost, it is critical that the Convention Center and convention district, as well as Visit Orlando funding remain the top priorities for the TDT,” she wrote. After pointing out the OCCC generates an annual economic impact in excess of $2 billion and helps support 25,000 jobs, Mayor Jacobs said “the $172 million recommendation for the Convention Center’s CIP grossly understates the identified needs from the campus master plan study and the ongoing major renovations.”

For more information related to the City of Orlando’s debt problems, check out these articles: