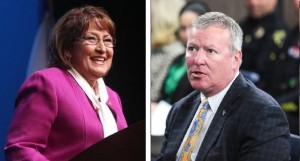 While Mayor Dyer immediately endorsed the plans, Mayor Jacobs decided to slow down and actually analyze the proposed plans before responding. Now that she has responded, her position is clear as she put the brakes on supporting any such plans in the immediate future.

But Mayor Jacobs also pushed back specifically to several major proposed changes that seem to go against previous agreements between the City of Orlando and Orange County related to the City Venues. Not surprisingly, Dyer supported the CFHLA proposals seeking new public funding for the Dr. Phillips Center for the Performing Arts and the Citrus Bowl, but the proposals go beyond simply requesting additional capital contributions.

“In addition, the County entered into the Community Venues Agreement with the City based on written guarantees that the City would be responsible for the operations and maintenance of each of their facilities,” Mayor Jacobs wrote to Dyer and other tourism industry leaders. “Further, the City agreed not to request additional funding for operating or other costs for the Venues, except for the funding amounts being provided for the initial construction. I do not believe the County would have entered into the Community Venues Agreement without these assurances. Yet, this proposal seeks not only to increase the capital contributions but to also shift the maintenance responsibility to the County and TDT.”

Under the tourism industry’s plan, the Performing Arts Center downtown would get an additional $45 million in new funding, as the DPC continues to fall short on private fundraising deadlines for the remaining construction phases. The amount is higher than the $35 million shortfall for the next phase, as reported by the Orlando Sentinel last year. Tourism officials also want to create a “Capital Improvement Fund” with annual contributions of $1 million to be spent on the Amway Center, Citrus Bowl and Dr. Phillips Performing Arts Center. CFHLA called for another $20 million for the Citrus Bowl to complete renovation upgrades, millions of dollars for the Central Florida Sports Commission, an increase in funding for Visit Orlando, and $172 million for the Convention Center.

Mayor Jacobs does not believe the numbers add up in the tourism industry’s proposal. She also warned against factors not being included in the plans. In the same letter, Mayor Jacobs said the current City Venues debt causes “significant cash flow challenges” for the tourist tax funds. “As a result, the County does not have the capacity to incur additional significant annual expenditures for the next several years,” she added. She added the proposed funding for the Convention Center was inadequate.

Shockingly, by making such a request despite the original agreement with Orange County, the City of Orlando is admitting they do not have the funding to adequately operate and maintain their community Venues. No wonder Dyer immediately endorsed the proposals without hesitation. However, Jacobs’ rebuttal was firm and clear: “I do not believe the County would have entered into the Community Venues Agreement without these assurances.”

Mayor Jacobs also cautioned Mayor Dyer and other tourism industry officials before she ultimately shot down the proposed spending plans until after the Charter Review Commission process.