You are here: Home › City of Orlando › City Dips Further Into Contingency Funding to Complete Stage 1 of Performing Arts Center 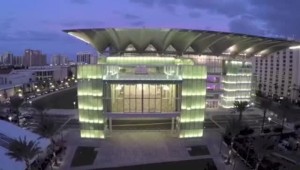 The City of Orlando is shifting more funds to complete Stage 1 of the Dr. Phillips Performing Arts Center, amending the construction contract for a twenty-third time and including a $9.5 million settlement agreement with Balfour Beatty Construction. The settlement agreement “resolves claims by the parties of additional costs and project delays with an increase to the [Guaranteed Maximum Price] GMP amount of $9,500,000 for an amended GMP amount of $132,154,672,” according to the City Council Consent Agenda.

While the city is not using any new public funds by increasing the maximum construction budget on the project, the shift “uses remaining project contingency and project savings; supplemented by Performing Arts Center TDT Funding (Stage 2 funds).” The agreement “closed out” Stage 1 finally, but it further depleted Stage 2 funding and project savings. Once again, the City of Orlando is dipping deeper into the contingency funding and further delaying any hopes of Stage 2 being built. In November, the City approved an additional $751,067.99 in construction funds, resulting in less project construction funds available for Stage 2 of the Arts Center according to the amendment at that time.

Two weeks ago, the Dr. Phillips Center asked for, and received, an extension from the Orange County Commission after failing to meet a fundraising deadline. Will Stage 2 ever be a reality? How much will it end up costing the public?

There are other critical demands facing the Dr. Phillips Center in addition to questions about possible crisis in leadership and drama behind the curtains. The Arts Center is also busy raising funds to build their endowment as well as to fund art education and engagement activities. In addition to the capital campaign (construction), the Dr. Phillips Center committed to raising $25 million within 5 years of opening for its endowment to ensure the long-term stability and success of the performing arts center. Currently, $2.2 million has been raised in the endowment, according to the December 2014 report. The DPC also needs to raise funds for art education programming either through grants, private donations or through sponsorships.

Ironically, while the latest funding request will further jeopardize Stage 2 of the Dr. Phillips Center, it may be welcome news to fans of the historic Bob Carr Performing Arts Center. According to the City of Orlando’s Creative Village Master Development Plan, Bob Carr’s future includes an ultimate demolition, but only upon completion of Stage 2 of the Dr. Phillips Center.