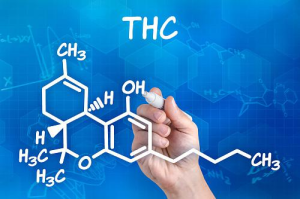 As voters get ready to weigh in on Amendment 2, many are betting on the passage of the Florida Right to Medical Marijuana Initiative being pushed by Orlando’s own John Morgan. If Amendment 2 passes in November, Florida’s medical marijuana industry is expected to boom and become the 2nd largest in the country, only behind California.

Florida’s Department of Health is estimating there will be nearly 420,000 qualified patients (interesting estimate Department of Health), which will likely translate to a need of more than 250,000 caregivers and approximately 1,800 medical marijuana treatment centers, or dispensaries, around the state. Annual sales are expected to initially range between $700 million to several billion dollars – and that’s why it’s no surprise many are involved in the effort already.

But Amendment 2 may be growing votes for Democrat Charlie Crist too. And Orlando attorney John Morgan may have even more interest in the 2014 initiative because of the potential boost in turnout for Crist. As Crist attempts to return to the Governor’s mansion as the Democratic nominee, even a small bump in turnout and votes could make the difference in the battle against Rick Scott. Charlie Crist supports Amendment 2, Rick Scott is against it.

Morgan has been very active since launching the initiative and not only with fundraising. Morgan also is the center of a shock video where he rallies a young rowdy crowd to get out and vote in November. Crist recently told WFTV about his relationship with Morgan, “It’s not a bad combination; I’m glad to be affiliated with John.”

Several others are also already betting on the passage, including training and education ventures for those interested in tapping the potential emerging market. The Institute of Medical Cannabis, Palm Beach County’s first and one of only a handful of actual brick-and-mortar locations in the state of Florida where you can take courses on medical marijuana, announced the company is growing ahead of the November vote. Medical Marijuana Tampa, the “first and largest cannabis school on the East Coast,” also features a countdown clock to their “Yes on 2 Party” and polls closing on November 4th.