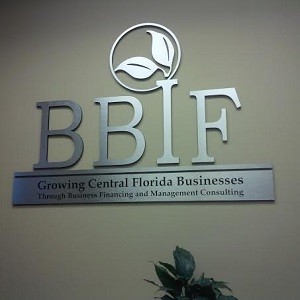 The scandal involving Orlando’s Black Business Investment Fund seems to be getting worse with every new piece of information that is exposed. It is clear local taxpayers are being fleeced by BBIF for personal and political gain, but now analysis of the organization’s recent financial filing raises additional concerns and questions.

There’s been a lot of talk about the ongoing controversy in the news (more on that below). But after reviewing the 2012 and 2011 Financial Form 990s for BBIF, the majority of the organization’s budget is spent on overhead and specifically salaries and benefits. The City of Orlando and Orange County contribute hundreds of thousands of dollars every year to the BBIF. In fact, about half of the BBIF budget, $599,231 in 2011, came from mostly local government grants.

The organization also lists an “occupancy” expense of $67,347, which begs to question whether their lush office on Pine Street near Lake Eola is a smart investment or if that money could be better spent on an office location in the heart of historic Parramore. BBIF also claims an additional $46,535 in office expenses and $11,699 in travel and conferences.

From what can be easily identified on the 2012 Form 990, BBIF claims more than $290,000 in overhead costs in addition to the $476,592 in salaries and benefits. In addition to the nearly $600,000 in government grants, the organization claimed $1,215,291 in total revenue with $833,839 in total expenses. It claims an excess reserve of $381,452. What exactly is this organization doing for minority businesses in Central Florida? What exactly is this organization doing with our tax dollars?

WFTV Channel 9 News is leading all news coverage of the ongoing scandal and has broken major news over several weeks through their investigative reporting. The controversy involving BBIF heated up at the end of July when Orlando Mayor Buddy Dyer moved to buy back vacant land in Parramore held by BBIF. The city sold the land to BBIF in 2005 for $814,000, however Dyer bought back the land for $2 million.

After the 2005 sale, Dyer and the City of Orlando gave BBIF an additional $878,000 to redevelop the historic Carver Theatre on the site. But of course, BBIF has nothing to show for the money except a vacant property that sold for a much higher price tag. That led to a WFTV investigative report looking into what happened to money for the Carver Theatre revamp. But after the buy back, Dyer and the Orlando City Council approved an agreement that allows the Black Business Investment Fund to repay the city the nearly $1 million over the course of 20 years, interest free. Ridiculous.

Making matters even worse, a judge ordered the BBIF to repay the state of Florida more than $1 million, ruling the organization charged excessive fees and essentially kept money for itself.

In addition to receiving funding from the City of Orlando, BBIF receives taxpayer funds from Orange County yearly. Orange County Mayor Teresa Jacobs is currently standing behind County funding for BBIF in 2015. However, Orange County Commissioner Fred Brummer is pushing to pull the county funding for BBIF after learning details of the ongoing controversy. Mayor Jacobs has now requested officials from the BBIF provide a presentation to the full County Commission in September.