You are here: Home › City of Orlando › Alex Rivera Brings Message of Change to Challenge Against Ortiz 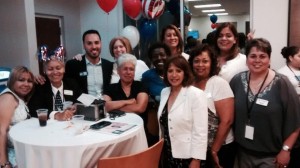 As a longtime District 2 resident, Alex Rivera has been committed to improving his local community for years, and now he is stepping up to bring a message of change to Orlando’s upcoming municipal elections. Rivera is running against incumbent City Commissioner Tony Ortiz. Rivera’s campaign message seeks to focus directly on the people who make up District 2 and the community that often feels neglected by City Hall.

“I’m very exited because for the very first time, the people have the opportunity to elect a candidate from within our own community who will fight for the needs and hear the call of our people,” Rivera said in an interview.

There is also a very personal reason behind Rivera’s campaign and his urgency to bring change, accountability and results to the community. “As a single father, I deeply care about the quality of life and opportunities I am able to provide to my daughter,” Rivera added.

Rivera is also a union organizer and activist. As a former Walmart employee, he began organizing fellow workers to improve conditions on the job. After working for the OUR Walmart effort (Organization United for Respect at Walmart) and later with the AFL-CIO Organizing Institute, Rivera remained involved in civic engagement by working with Organize Now locally.

“I have seen first-hand how large big box retailers have driven down standard of living in the community and hurt local businesses from thriving,” Rivera said. “I do understand how good public works projects and smart economic development are vital to keeping a community strong.”

In October 2013, Rivera’s efforts organizing Walmart workers were recognized by U.S. Congressman Alan Grayson in the official congressional record. “I rise today in honor of Hispanic Heritage Month, to recognize the important contributions of Alex Rivera, a Walmart worker who has made huge sacrifices to help working families in Central Florida,” the remarks began. “In September 2012, Walmart fired Alex in retaliation for his activism. Since then, Alex continues to stand up for Walmart workers. He knows the struggles workers face and wants to ensure that Walmart makes the positive changes needed for current and future workers.”

“I am happy to honor Alex Rivera, during Hispanic Heritage Month, for his sacrifice on behalf of those workers who still struggle for their rights,” Grayson’s remarks about Rivera concluded.

Rivera is also aware of Orlando’s ongoing wage problem, which ranks our community as America’s lowest paid metro area. Workers would definitely have a vocal advocate on the City Council to create change and improve low wages. Rivera singled out minimum wage as a serious issue facing Orlando.

“Let’s work together as a government and find a way to raise the minimum wage,” Rivera said. “There’s no need or reason why some people need to work two jobs to get by when we can do better than that. So let’s give them a living wage. We have single parents who wish to spend time with their kids but they can’t because they have to work two jobs. Let’s make that happen!”

On the economy, Rivera wants the focus on supporting small and local businesses. As Commissioner, Rivera pledged to seek federal grants and additional money to help local business and provide economic support to future business owners who open establishments in District 2. He also wants to bring more programs for children and youth, as well as job training opportunities specifically targeting the east-side district.

Rivera identified job creation, better public transportation and public safety as some of the other top needs in the community. Safer streets and neighborhoods as well as more local law enforcement involvement with the community and youth are other top issues he hears about from voters. “Our children need quality childcare, our young adults need affordable housing, our small business owners need economic support,” he noted. “And most importantly, our elderly residents need healthcare, housing and transportation.”

Among other important issues, Rivera also sees the need to address homelessness and demand results for resources spent. He also would like to engage more youth in the local Orlando government if elected.

In his upcoming campaign, Rivera promises voters honesty and openness in the months ahead. “The voters can expect honesty when talking about our district problems and how we can address those problems,” Rivera stated. “We need to be compassionate about our people’s needs, especially our youth.”

“Our community faces a major decision,” he said. “On November 3rd, the people have the opportunity to vote for change and to elect a leader who is accountable, a leader who has a vision and integrity. By electing me as their next City Commissioner they will send a strong message to the rest of their city’s leadership that they need a new voice – one with new ideas.”

“I won’t stop working until we give back to our people,” Rivera added. “Our people have suffered enough and it’s time for change.” 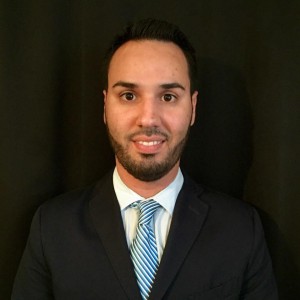 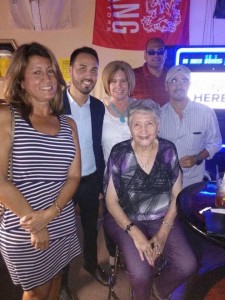