You are here: Home › City of Orlando › Orlando Commissioner Daisy Lynum: Get the Minorities Out of Parramore

Orlando City Commissioner Daisy Lynum is known for being a pawn on Buddy Dyer’s City Council. The mayor will troll Daisy out whenever he needs someone of color to justify the destructive policies he is pushing, like the gentrification of Parramore, Orlando’s historic African-American neighborhood.

Facing another re-election campaign in April 2014, Daisy is now being called out for what she said on City Council regarding the people of Parramore, a neighborhood that has continued to suffer while she has represented it on the council.

In the new Fight Back Coalition video, Daisy Lynum says about Parramore: “It will not be minority for long. We’re going to guarantee that.”

Going further, she talks openly about the ongoing gentrification of Parramore and the displacement of low-income African-Americans that has already taken place. “Over 5,000 people of Parramore have left. We want some people to come back, and they are not going to be the ones who left and that’s okay.”

Since then, thousands of additional residents have been displaced. The video discusses the looming soccer stadium being proposed to be built in Parramore. The stadium will cost more than $100 million and be located just blocks from some of Orlando’s most dangerous and run-down streets. This area has been exploited by the Mayor and City Council while left to suffer as conditions have continued to diminish over the last decade.

Buddy Dyer and Daisy Lynum are also pushing for “Creative Village” in the area which will add more luxury housing and high-end commercial development space to a downtown riddled with “for lease” signs. Compared to the current housing costs in Parramore which average only $330/month, rent for housing in Creative Village will likely start at around $1,500/month. Property taxes in the area will skyrocket. A majority of Parramore residents live below the poverty line according to the census. It will only displace more people.

Combined, these projects will lead to the complete gentrification of Parramore, something that has been a mission of Daisy Lynum and Buddy Dyer all along. 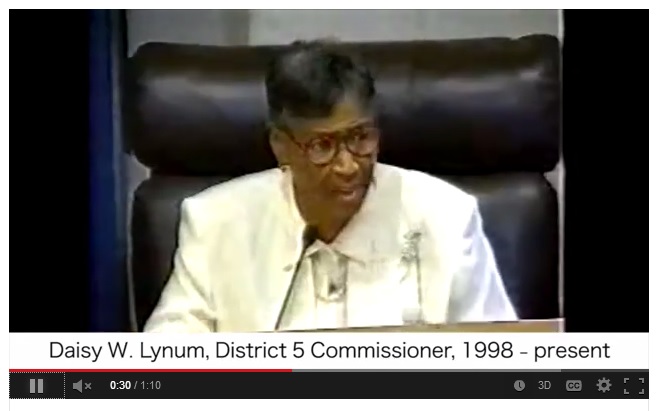 One Response to "Orlando Commissioner Daisy Lynum: Get the Minorities Out of Parramore"