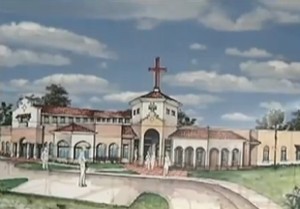 Orlando Mayor Buddy Dyer may be ready to pull another fast one on residents, based on information exposed in a report by WFTV’s Lori Brown. Dyer seems ready to push through one more piece of his stalled and controversial redevelopment plans despite substantial opposition to the project.

The Orlando Union Rescue Mission (OURM) homeless shelter must relocate from downtown because the City and the Magic want to pave way for a newly planned entertainment complex. However, the proposal is in trouble after major public opposition from local residents and after the Orange County Board of Zoning Adjustment voted against the proposal in March.

The zoning board specifically noted the proposal was rejected in part because it would cause “detrimental intrusion into the surrounding area.” These delays are causing issues for the Orlando Magic, who want to begin construction on their complex.

OURM appealed the zoning rejection to the Orange County Commission, but residents have not backed down or stopped organizing either. State Representative Bruce Antone even weighed in on behalf of residents and asked County leaders to reject the relocation proposal for the planned site.

It seems nearly impossible for Orange County Mayor Teresa Jacobs and County Commissioners to vote in favor of the homeless shelter relocation after the public opposition and statements from their own zoning board as well as other elected officials.

In comes Buddy Dyer. WFTV Channel 9 News’ Lori Brown broke major news last night when she reported on a new plan to keep residents out of the process and push this project through.

The OURM appeal was delayed and scheduled for a hearing in front of Orange County Commissioners on August 4th, but that may never happen. Lori Brown reported the City of Orlando likely plans to annex the land of the proposed site away from Orange County and push through the controversial proposal despite the opposition from residents and the County zoning board.

This move seems to be Buddy Dyer’s latest trick to force through his plans no matter what. Residents are already concerned about the breaking news. According to the WFTV report:

Neighbor John Weyrick is concerned that his neighborhood could lose its day before the county commission on August 4 if Orlando annexes their land.

He believes the city has a reputation for bypassing citizens’ wishes.

“I see the rubble at Tinker Field,” he said.

It also appears residents have caught on to Mayor Dyer’s tactics and previous actions. The move to annex the land would be a blatant attempt for the City leaders to silence the voices of the community who have been trying to play by the rules and subvert the vote of the Board of Zoning Adjustment.

The move will be welcomed by Orange County Mayor Jacobs, as she would avoid having to brazenly expose herself on the controversial issue and be pitted against residents and an obvious insider arrangement. But the real losers, once again, will end up being the residents. If Dyer and the City of Orlando move forward with annexation and then approve the homeless shelter, it will show the public never had a voice on the matter and never will.

This new ploy to circumvent residents and legitimate concerns further illustrates how there’s no telling what Mayor Dyer will throw at residents.

Here are some of the public comments made, and comments from the Orange County Board of Zoning Adjustment Chair Zachary Seybold who summarized the reasons to reject the OURM proposal.