You are here: Home › City of Orlando › How Orlando Commissioners Are Spending Your Tax Dollars 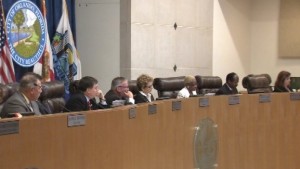 There’s been a lot of talk around town about the way some Orlando City Commissioners are spending public tax dollars as their own personal slush fund, despite the fact the City Council raised property taxes and cut public services to address an ongoing budget crisis. The matter is becoming a hot button topic among the community, but for once it seems to be turning into a hot button issue for the City Council as well.

On top of all that, it is also time for the Orlando City Council to pass the budget. There’s no better time to take an in-depth look at the records and spending habits of all City Commissioners.

It is true that each Orlando City Commissioner has an operating budget of close to $100,000 to spend “on their districts.” Commissioners Hill and Ings are currently asking for an increased district expense account totaling $125,000 per year, and Mayor Buddy Dyer is supportive of the request.

There are no clear rules or regulations on exactly how the Commissioners can spend the public tax dollars – and that’s just part of the problem. So where does all this public taxpayer money end up?

In a sweeping review of all expenses made by each Orlando City Commissioner from June 2014 through the beginning of August 2015, I have obtained records to provide additional sunshine to the use of public tax dollars. Residents and voters can now judge each Commissioner’s expenditures over the last year and determine for themselves if the spending is right or wrong.

Here’s how Orlando City Commissioners are spending your tax dollars (detailed expense reports provided below for each Orlando Commissioner):

There are also other costs to taxpayers not included in their expense accounts. For instance, each City Commissioner is also assigned a “police liaison” officer from the Orlando Police Department, which costs taxpayers for the salary and overtime charged. These liaison officers typically drive Commissioners around the city and attend events with or on behalf of the Commissioner, costing around half a million dollars a year from the OPD budget for six liaison officers. One City Commissioner even spent more than all the other Commissioners combined on police liaison overtime costs, causing some to raise concern of the need for such an expense.

Recently, due in part to stories originating from my public records requests to the City of Orlando spending and articles on this site, there is increased pressure on Commissioners to explain the spending. Three Commissioners – Robert Stuart, Jim Gray and Tony Ortiz – are even becoming vocally outspoken about their fellow Commissioners’ spending habits. Stuart and Gray even held a one-on-one meeting to discuss ways to possibly reign in Commissioner spending. Two Commissioners are even ready to vote against raising the Commissioners’ budget to allow others to spend more money, according to WFTV Channel 9 News.

But Mayor Dyer has announced he will support an increase in the City Commissioner district budgets to $125,000 per year, up from $90,000 this year. “With the 17.7% tax increase on the backs of the hard-working people of Orlando, Dyer should be ashamed of himself,” responded Dyer’s mayoral challenger Paul Paulson.

At the end of the day, Commissioners should be able to access some funds for community projects or parks in their district or for uses promoting the public good. However, for any Commissioner to claim these personal expense accounts are the solution for deep-rooted policy problems and ongoing social issues in individual districts is unacceptable.

It is time for Commissioners to raise those concerns publicly at City Council, proposing new ordinances and voting to allocate necessary resources to address any serious issues through policy and accountability. That is the role of the City Commissioner. This is the only way to reach real solutions. Commissioners’ dinners, travel, parking, contributions to personally selected groups and even donated food will never be the long-term answers Orlando needs.

So, should Orlando City Commissioners get an increase in their expense account budgets?

You can decide after reviewing the charges taxpayers are covering for the Commissioners yourself:

Is the spending by each City Commissioner justified? Are these expenses acceptable?

7 Responses to "How Orlando Commissioners Are Spending Your Tax Dollars"