You are here: Home › City of Orlando › Celeste Brown Out as City Clerk, Moves into Mayor’s Office as Interim Clerk Named 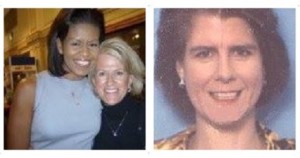 Celeste Brown is out as Orlando City Clerk after serving less than one full year in the role. Effective February 1st, Brown moved into a new position in Mayor Buddy Dyer’s office, according to city staff. Chief Assistant City Attorney Amy Iennaco has been appointed interim City Clerk.

Celeste Brown’s new title in the Mayor’s office is Senior Advisor for Public Engagement. Prior to joining the Dyer administration last year, Celeste Brown was previously a regional outreach director for Senator Bill Nelson’s office. Brown’s appointment as City Clerk started May 4, 2015, only nine months before she would leave the position.

Iennaco has served as Assistant City Attorney for the City of Orlando for 25 years. The City of Orlando “Mayor’s Office” website has still not been updated to reflect the change, still listing Brown as the City Clerk at the time of publication; however, the City Clerk’s office contact page has updated the change in positions and listing Iennaco as “Acting City Clerk.” The appointment will have to go before the City Council for confirmation, although it is not currently listed on upcoming city agendas.

Iennaco has been a loyal city attorney since 1991. She had already been acting as de facto City Clerk, a fact Brown admitted during the recent municipal elections. Iennaco has also long played an important role with the office and she was a trusted second-in-command for the previous City Clerk, Alana Brenner. According to the Orlando Business Journal, Iennaco was making more than $132,000/year in 2014.

Laurie Nossair has been appointed Deputy City Clerk. Nossair was previously the Accounting Operations Manager overseeing the Records Department for the past few months.