But why now and what about Parramore? 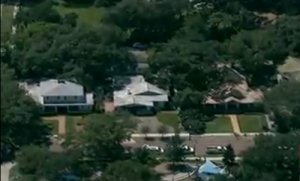 Orlando Mayor Buddy Dyer continues to spend taxpayer money. His current trend is to buy homes around the city and demolish them for future new development and the latest target is a row of historic houses on downtown property to expand Lake Eola Park. “We’re not going to leave five buildings, we’re going to have open green space,” Mayor Dyer said.

Dyer has been on a spending spree: the new Amway Center, the Performing Arts Center being built downtown, the purchase and demolition of homes in Parramore to clear way for “Orlando West” and Creative Village, and finally the newly announced Citrus Bowl renovations. The Dyer spending projects have literally maxed out Orlando’s credit card – our city has no real credit standing currently and we continue to issue municipal bonds to fund existing projects.

Despite the “once in a lifetime opportunity” the mayor speaks about, to demolish homes near the lake, there is already negative feedback from Orlando residents.  Many are also calling on leaders to preserve the little history Orlando has left. An online petition was launched to pressure Mayor Dyer and Commissioner Patty Sheehan, Dyer’s trusted ally, to save the historic homes. Other negative feedback led the city to announce they would give the homes away for “free” – if you can pay the hundreds of thousands of dollars needed to move them.

But the easy question is why now? Why the rush to spend $8.5 million dollars to demolish historic homes in our current financial situation? What could this money have done in Parramore to help Orlando residents, for example? I’ll tell you what it could have done:

First, it could have helped start a new vocational training center in the heart of Parramore. Teaming up with local unions like IBEW and the AFL-CIO, this training center could provide skills and education for residents leading up to certification that would lead to good paying jobs locally. The $8 million also could have helped start a housing assistance fund to help secure and increase home ownership in Parramore while keeping families in their homes – and for residents who are not underwater, these funds could help them on home improvements and renovations, increasing property values and improving the neighborhood. This would not only go a long way in West Orlando, it would stimulate the local economy a lot more than knocking down five houses. Finally, just a fraction of those funds could have gone to pave the roads in Parramore and provide some desperately needed infrastructure upgrades.

But why spend this money on Parramore over Lake Eola? Let’s simply look back to Mayor Dyer’s inauguration speech, not from 2012, but from his election in 2003:  “Fourth, we need to restore Parramore. No neighborhood has been studied more than Parramore. The time to act is now. You can measure my success as Mayor of Orlando by my ability to rebuild this once proud neighborhood. My first priority will be to develop a plan that will increase home ownership in that neighborhood and provide funds for families to renovate homes they might already own.”