You are here: Home › City of Orlando › Big Trouble for Commissioner Regina Hill After Court Ruling 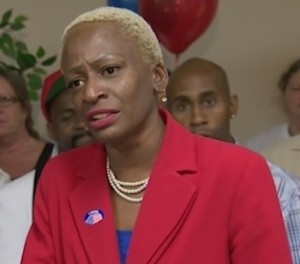 Orlando City Commissioner Regina Hill is facing more bad news after a ruling handed down by the Ninth Judicial Circuit Court. Commissioner Hill was being sued by U.S. Bank over her 5-bedroom, 3-bath home located at 1790 Baywood Avenue, outside of city limits of Orlando. The Commissioner also claims to rent a property inside the city limits to qualify to serve in her district.

In a non-jury trial on April 22, 2015, the court adjudged that U.S. Bank, as a trustee for GSMPS Mortgage Loan Trust, is due $164,081.57 in the case involving the Baywood property. The Final Judgement ruling also states the plaintiff holds a “lien for the total sum superior to all claims or estates of Defendant(s), REGINA I. HILL.”

If the total sum with interest is not paid, the property will be sold at public auction to the highest bidder in just three months on August 26th, according to the court documents.

It appears Hill has had a long history of trouble with the property. Earlier this year, a special magistrate found Hill’s Baywood Avenue property had not complied with code inspectors or had repeated violations. Based on the findings of fact, it was ordered that Regina Hill as owner and violator pay Orange County an administrative fine in the amount of $250.00 per day for each day until remedied. There is currently a lien against her and based on records available through the Orange County Comptroller, this matter has yet to be resolved.

All of this raises more questions about the newly elected city commissioner with a checkered past. Does she feel above the law by not complying with code enforcement? Was she paying her rent in the city limits but not paying for the home she owns? It all adds up to a lot of expenses for Hill to come up with in a short amount of time.

In related news, local media reported last week newly elected County Commissioner Victoria Siplin was slapped with a foreclosure judgement and owed back taxes. While Siplin did not end up doing an on-camera interview, she did offer some answers in a written response.

Commissioner Regina Hill will have to speak out and explain these matters to the public.