You are here: Home › City of Orlando › Orlando Is The Lowest Paying Metro Area in America, AGAIN 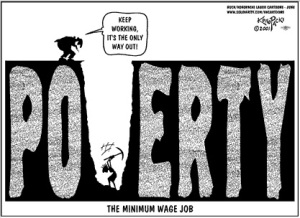 It’s a distinction Orlando can’t seem to avoid year after year. Number one in tourism, yet Orlando remains the lowest paying metropolitan area in America, according to the U.S. Bureau of Labor Statistics.

Sadly, the recognition is nothing new. For several years in a row, Orlando ranked as the lowest paying job market in America. Surprisingly, Mayor Buddy Dyer and the other City Council members believe they have been doing a good job with the local economy despite the fact Orlando remains dead last in wages across the nation.

“A local economy dominated by low-wage jobs has caused fiscal troubles for Mayor Buddy Dyer, a 56-year-old Democrat, underscoring the widening gap between cities as well as among wage earners,” Business Week pointed out in 2014.

According to the Bureau of Labor Statistics, the average median pay in Orlando was $30,520 a year in 2015. Local median income has been stuck at that level for years. So all that talk about “jobs,” well it’s all talk. When politicians and officials talk about Orlando’s economy and “jobs,” they are talking about low-wage jobs.

In Orlando, the most jobs by occupation are retail sales, food preparation and waiters/waitresses. How impressive, right? The median pay of $30,520 is likely far above the actual income of any local workers in those occupations.

Florida ranks as the seventh-lowest paying state nationally, which is not much better.

But when Orlando says they want to lead the way, low wages should not be what we mean. It’s time to raise the minimum wage and change the reality that Orlando is number one in tourism, but dead last in pay. Then again, we’ve been saying this for years and no one, including Buddy Dyer, is listening or doing anything about it.

One Response to "Orlando Is The Lowest Paying Metro Area in America, AGAIN"