You are here: Home › City of Orlando › Brenner Out at City Hall 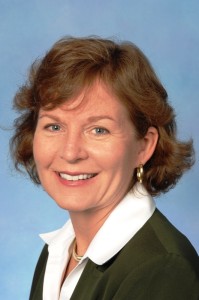 City Clerk Alana Brenner is making news around City Hall after she announced she will be leaving her longtime post in just two weeks. Brenner has notified the Mayor and her last day as City Clerk will be May 1st after a decade of service.

The personable Brenner, an attorney and friend of Buddy Dyer, has been the City Clerk since 2004. But her tenure has not been without controversy in recent years. Most of the controversies relate to two of the Clerk’s main responsibilities: custodian and steward of public records and being in charge of local municipal elections.

In the last year’s municipal elections, Brenner faced serious allegations of possible civil rights violations when she removed a city poll worker for expressing his opinion. After Brenner’s action, the resident told local media “I have to be careful about what I say, the last time I said something, I got in trouble.” At the time, the actual elected Orange County Supervisor of Elections, Bill Cowles, responded to Brenner’s action by telling WFTV Channel 9 News “I feel sorry for him to feel that way. He should be able to express himself.”

In the same 2014 elections, Brenner also faced questions about failing to perform her duties from multiple candidates. There were questions about the residency of then-Commissioner Daisy Lynum’s son, Juan Lynum, who was running to replace his mother. Supporters of Commissioner Regina Hill, then a candidate against Lynum, even questioned did the Clerk “attempt to steal district 5 for Juan Lynum?” In previous elections, other concerns have surrounded Clerk Brenner for similar qualifying issues and decisions to disqualify candidates. There did not seem to be consistency over the years.

Brenner was also implicated in serious 2012 election concerns, including an official complaint I filed along with candidate Lawanna Gelzer. A copy of the full complaint against Brenner and other city officials, and supporting documentation, can be found here.

Last year, Brenner also expressed concerns about the city budget cuts and the impact to her department. Communication between Brenner and other top city officials showed the reality of the fiscal budget mess at City Hall and illustrated the kind of impact departments were facing. Brenner clearly believed the across-the-board budget cuts were complicating her department’s very important duties.

There have also been issues recently with the Clerk’s department role as custodian of records and ensuring the public is receiving all records from responding city departments. Over the last few months, numerous public records requests I have personally made have not been faithfully or fully fulfilled by the Clerk’s office on initial requests. In some circumstances, I had to make several follow-up demands and rely on information from various other city employees in order to be able to obtain additional records. Other residents have spoken in front of City Council describing difficulties with receiving requested records. The Clerk was made personally aware of the concerns on several occasions.

The news of Brenner’s departure also comes at the same time City Attorney Mayanne Downs announced a controversial proposal to move Orlando’s election date from April 2016 to November 2015 – just months from now. The timing of Brenner’s resignation now raises even more concerns about the integrity of Orlando’s upcoming municipal election.

It is still unknown if Brenner’s likely replacement, Celeste Brown from Senator Bill Nelson’s office, is even qualified to administer an election in just a few months. It is a tall order to ask a new incoming City Clerk to learn and understand her role as custodian and steward of all city records, learn all city policies and statutes necessary to serve the public in addition to understanding and effectively running a municipal election within six months on the job.

It is also unknown if Dyer’s new appointment fully understands what she is about to inherit. Brown is planning on starting her role as City Clerk on May 4th.

2 Responses to "Brenner Out at City Hall"