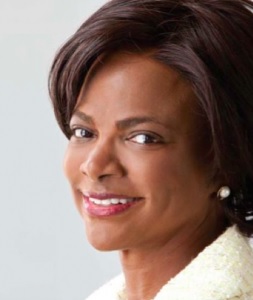 Former Orlando Police Chief and 2012 Democratic Congressional candidate Val Demings is officially announcing that she will run against Teresa Jacobs for Orange County Mayor in 2014!

The paperwork was filed this morning and a public campaign kickoff event is planned for this Thursday at 3pm downtown at Lake Eola.

Demings said she wants to give all people in Orange County the opportunity to participate and benefit, not just the privileged few. She also said Mayor Jacobs has broken promises about running an ethical and open county government (remember when Jacobs broke the law). Also, don’t forget, Teresa Jacobs was named Top Scrooge of 2013.

And of course, in 2014 Teresa Jacobs will have to answer for her support of the gentrification of Parramore, Orlando’s historic African-American community.  Jacobs will also be held accountable for enabling the reckless spending of Orlando Mayor Buddy Dyer with our public dollars.

It’s going to be an interesting 2014 as Orange County finally has a real race heating up — here we go!