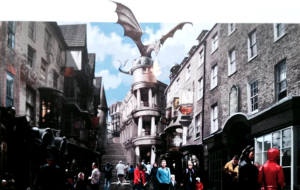 This is a concept art piece of Gringotts Bank and Diagon Alley used during a recent Hogsmeade/Diagon Alley Creative Development Team discussion and Q&A event.

Universal Orlando is getting ready for the grand opening of Diagon Alley, their latest Harry Potter expansion which includes Gringotts Wizarding Bank, a London-themed land and the Hogwarts Express connecting Universal Studios and Islands of Adventures (& yes, a fire-breathing dragon at Gringotts). Universal also released a first look at the Goblins inside Gringotts Bank last Thursday.

With the growing excitement, everyone wants to know when the grand opening will be. While Universal Orlando remains tight-lipped as always, just last week, Jonathan Tisch, president of Loews Hotels offered some information on Fox Business’ Opening Bell about a possible date. Tisch’s “mid-June” statements seem in line with an anniversary opening for when Universal welcomed the first and wildly popular Wizarding World of Harry Potter – Hogsmeade (that world opened June 18, 2010).

Loews runs 4 resort hotels at Universal Orlando, including the newly opened Cabana Bay Beach Resort, which is the largest hotel to be built in the world outside of China with 1,800 rooms – and Universal will need every room and more when the expansion opens. Construction of a new pedestrian bridge which will connect Cabana Bay to the theme parks also continues.

From the looks of it, this new Wizarding World expansion is going to be a much larger expansion in size and detail than the original Potter land. Disney must be nervous. Get ready for some more amazing times at Universal Orlando! Some teasers and renderings below: 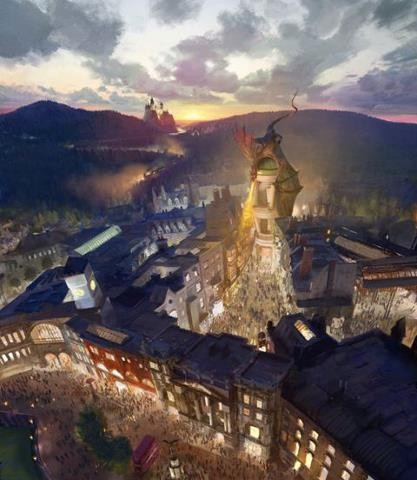 Rendering of the new Diagon Alley land from Universal Orlando.

Harry Potter and the Escape from Gringotts will be the newest attraction and promises to be an epic adventure.

Hogwarts Express will connect Universal Studios (Diagon Alley) with Islands of Adventure (Hogsmeade) and will be an attraction of its own! 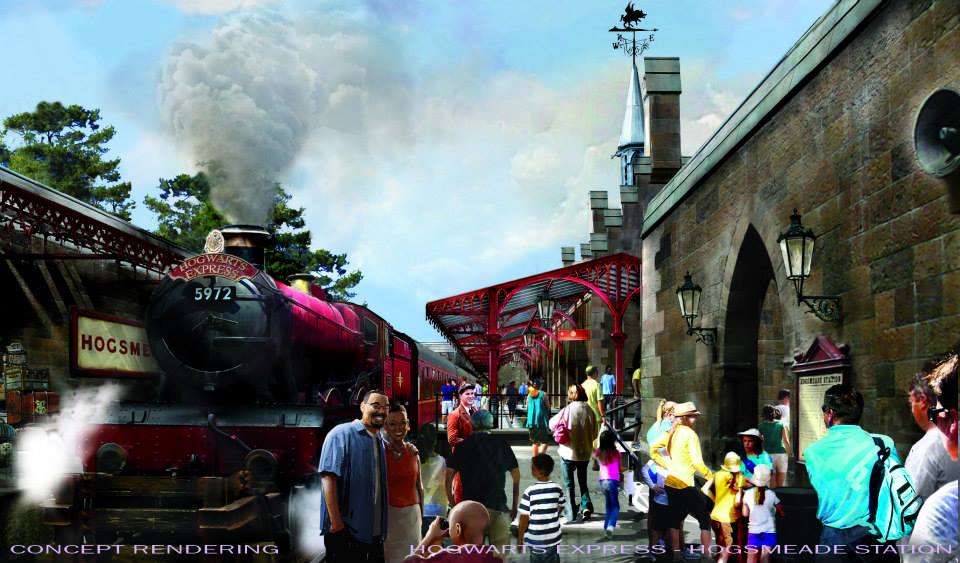 Hogwarts Express will connect Universal Studios (Diagon Alley) with Islands of Adventure (Hogsmeade) and will be an attraction of its own! 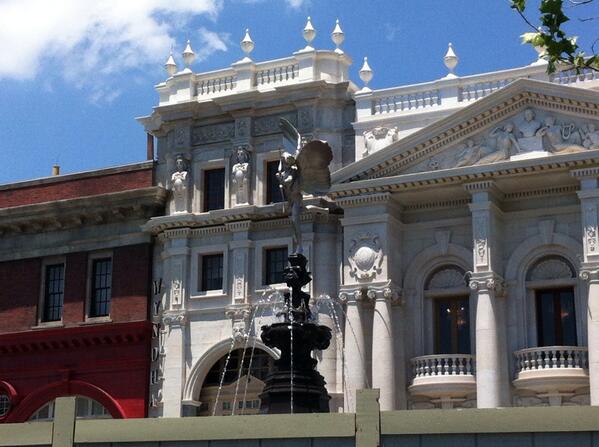 The fountain in front of the London facade is up and running – an interesting thing to note about this fountain is that the water flows up from the bottom level to the top. 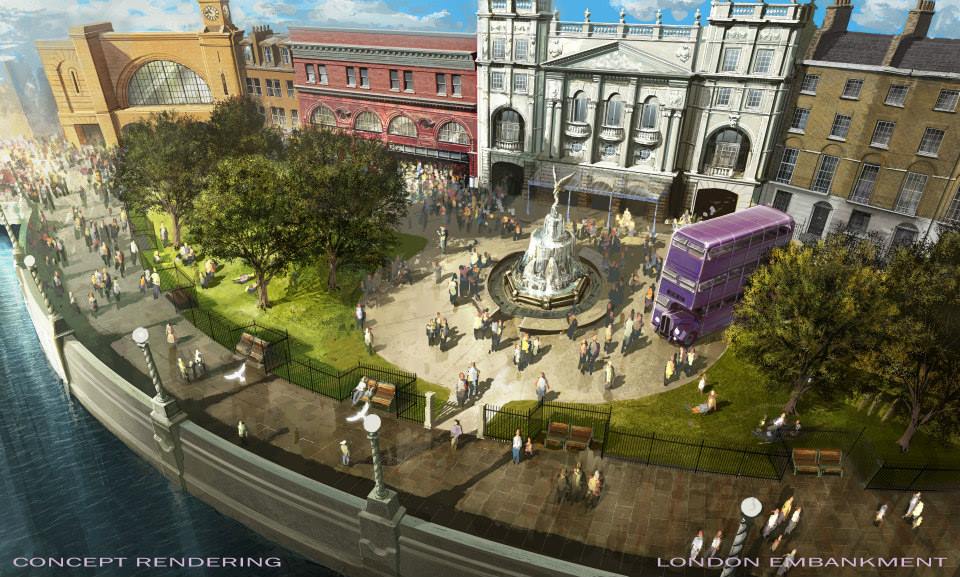 Rendering of the new London land, part of Diagon Alley and the Wizarding World of Harry Potter expansion at Universal Orlando. 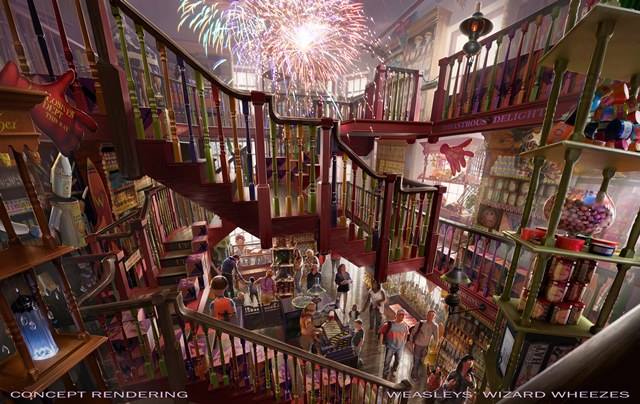 Weasleys’ Wizard Wheezes – a vibrant shop featuring novelty items, magical jokes, and toys inspired by the books and films that will amaze the mischievous child in everyone. 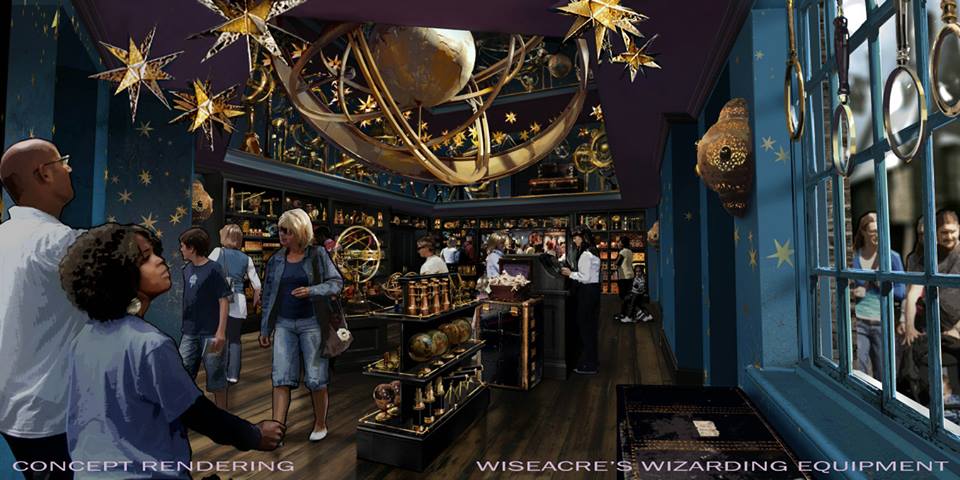 Wiseacre’s Wizarding Equipment will have all your wizarding essentials such as telescopes, binoculars, armillary spheres, compasses, magnifying glasses and hourglasses. 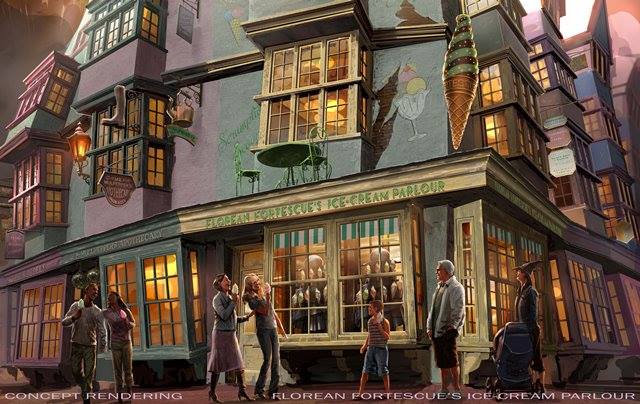 Florean Fortescue’s Ice-Cream Parlour will provide the perfect place to cool off while having fun. 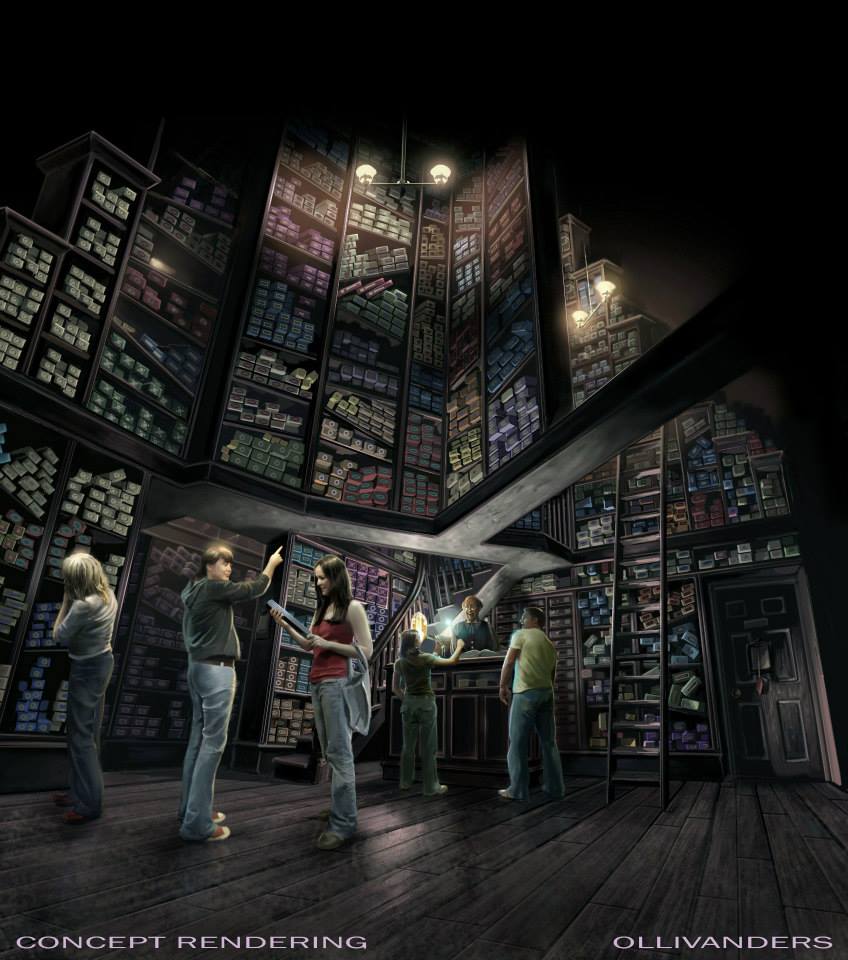 A new Ollivanders: Makers of Fine Wands will provide an enhanced magical experience of a wand choosing a wizard – and be much bigger than the current one in Hogsmeade. 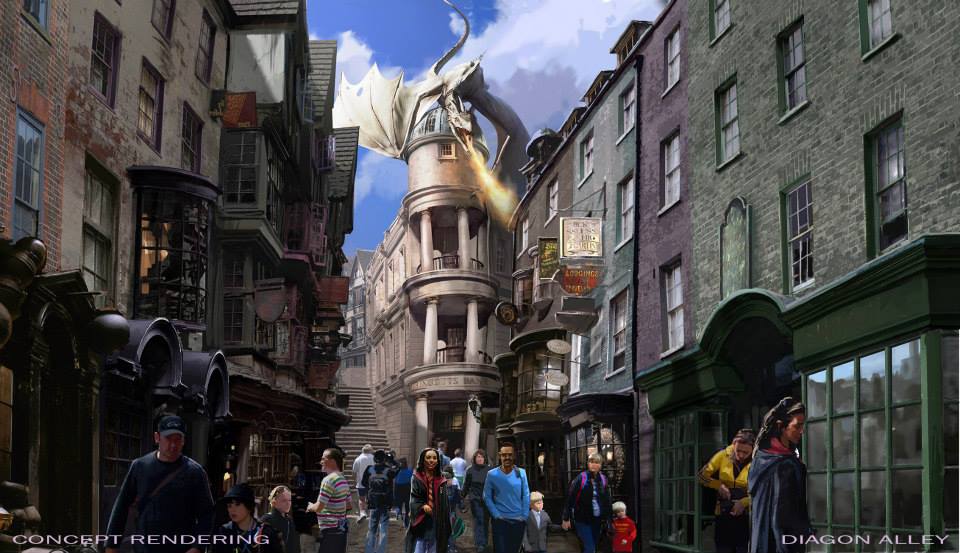 Get ready for Diagon Alley and Gringotts Wizarding Bank opening at Universal Orlando this summer!