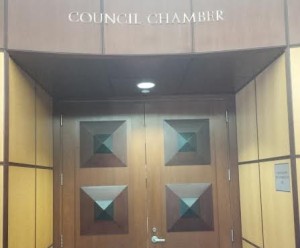 Despite Orlando City Hall’s ongoing budget and spending problems, it appears Mayor Buddy Dyer is getting ready to reward City Commissioners by increasing their controversial district operating budgets to $125,000/year, up from around $90,000 this year.

City Commissioners Sam Ings and Regina Hill were the two worst offenders in terms of the amount of public tax dollars spent from their district budgets. Commissioner Hill is requesting a budget increase for the district expense accounts, “after blowing through her $90,000 budget,” according to WFTV. Ings already spent a whopping $121,000. They both want more money to spend.

“District 5 budget was reduced by 50,000 when I was elected,” Commissioner Hill recently posted on Facebook, claiming she deserves more money like previous Commissioner Daisy Lynum. Commissioner Hill’s budget is equal to the district budget provided to each of Orlando’s City Commissioners, according to the city.

Mayor Dyer, perhaps the worst offender of all on the City Council when it comes to spending, is ready to keep his Commissioners happy by allowing them to spend more of your money.

“The Mayor has been supportive of the budget proposal to bring the Commissioners operating/capital budgets back to the $125,000 level that they were previously,” said Dyer spokesperson Cassandra Lafser. She also added, “Commissioner budgets are not and have never been under the Mayor’s discretion.”

Now, how’s that for Dyer’s leadership? The position drew a quick reaction from Paul Paulson, who is currently running against the long-time incumbent mayor.

“With the 17.7% tax increase on the backs of the hard-working people of Orlando, Dyer should be ashamed of himself,” responded mayoral challenger Paul Paulson. “We don’t even have money to pay for my salary once I get elected. I’m going to cut my own salary.”

Commissioner Hill’s request also does not sit well with all her fellow Commissioners or with many in the public. After years of mismanagement and out of control spending from the City Council, Orlando residents had to face a massive 17.7% property tax increase last year, along with substantial cuts to public services and an across-the-board 4.5% cut for every city department. Now Commissioners want to spend more public dollars without any oversight, votes or rules?

“It’s your job as a leader to keep yourself within that budget, and if you can’t, then you need to explain why and make an adjustment,” Commissioner Jim Gray told WFTV.  Gray and Commissioner Tony Ortiz have announced they will not support an increase in the Commissioners’ district expense accounts. Commissioner Robert Stuart also met with Gray and voiced concerns about the spending habits of other commissioners. On the matter of commissioner spending, there is a clear split on the City Council.

“I stay within my budget, and all expenses are appropriate to business relating to my office,” a defensive Commissioner Patty Sheehan said in response to a question on the issue ahead of the budget vote. “I have no comment on what anyone else does.”

So, how are City Commissoners using these taxpayer-funded expense accounts? Last summer, a news report by WFTV’s Daralene Jones investigated Orlando commissioners spending $300,000 in public tax dollars with no real rules or accountability. “It’s truly remarkable that City Commissioners continue to spend public tax dollars like it’s their own personal slush fund,” I told WFTV at the time.

In July, an updated investigation looked into another $50,000 that was spent by Commissioners using city credit cards. A vast majority of the money is being spent on travel, entertainment, food as well as supplies and other materials. City Commissioner Hill also spent more money than the entire City Council combined on overtime pay for her Orlando Police liaison officer, which raised more questions about out-of-control spending at City Hall.

But Dyer does not want to accept any responsibility in how the public tax dollars are being spent by the City Commissioners.

“Commissioners are elected officials and therefore held accountable to their constituents for their individual district budget,” Lafser noted. “As such Commissioners must make their own decisions on what they think is appropriate.”

“The Mayor relies on the Commissioners to make decisions on what they think is appropriate,” the City of Orlando added.

In a sweeping review of all expenses made by each Orlando City Commissioner from June 2014 through the beginning of August 2015, I have obtained records to provide additional sunshine to the use of public tax dollars. Residents and voters will be able to judge each Orlando Commissioner’s expenditures over the last year and determine for themselves if the spending is right or wrong.

Read more: How Orlando Commissioners Are Spending Your Tax Dollars

UPDATE: The City Council was divided on Commissioner spending. The increase to $125,000 per year for each Commissioner did eventually pass, after an amendment proposed by Commissioner Gray to remove it from the city budget failed by a vote of 4-3.